Despite being one of the most popular modes of transportation, the pickup truck doesn't have emoji. Ford notes there are emoji for cars, scooters, boats, spaceships, and ski lifts but the pickup truck is a glaring omission.

“When customers started demanding a truck emoji, we knew we had to help make it happen,” said Joe Hinrichs, Ford’s president, automotive. “Given the popularity of Ford trucks globally, there’s no one better than Ford to help bring an all-new pickup truck emoji to hard-working texters around the globe.” 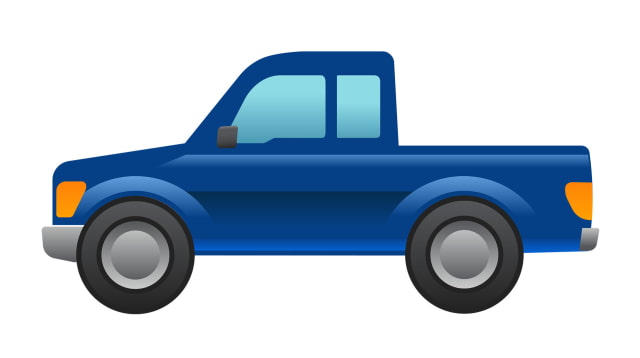 In 2018, Ford submitted a proposal to the Unicode Consortium – the organization that reviews and approves proposals for new emoji – to add a truck to emoji keyboards everywhere. Now, the pickup truck emoji has been short-listed as a candidate for inclusion in a future version of Unicode.

“Our team spent a lot of time digging through message boards, texting influencers and watching social media feeds to really understand our customers’ needs,” said Craig Metros, Ford North America design director. “People want a truck emoji that’s fresh, stylish, carries their ideas, and ‘tows’ the line on what a truck means. The end result is a modern icon that should give all truck fans a smiley face emoji.”