Electronic Arts and PopCap Games have announced that a third Plants vs. Zombies game is under development. The tower defense video game was first released for Windows and Mac OS X in 2009.

The game challenged homeowners to use a variety of plants to prevent an army of zombies from entering their house and 'eating their brains'. It launched for iPhone and iPad in 2010.

Just a few details about the third version of the game have been revealed; however, a pre-alpha version has been released for Android.

Help PopCap make your zombie-battling experience even better! In this plant-tastic Pre-Alpha, you should anticipate experiencing bugs (zombies don’t bathe very often) and other issues. But, don’t soil your plants just yet! Plants vs. Zombies 3 is under early construction and is not representative of the final game. Pre-Alpha is focused on getting your feedback on combat features only. We’re saving a lot more for later!

You can download Plants vs. Zombies 3 Pre-Alpha from Google Play for free. We'll let you know when it arrives for iOS. 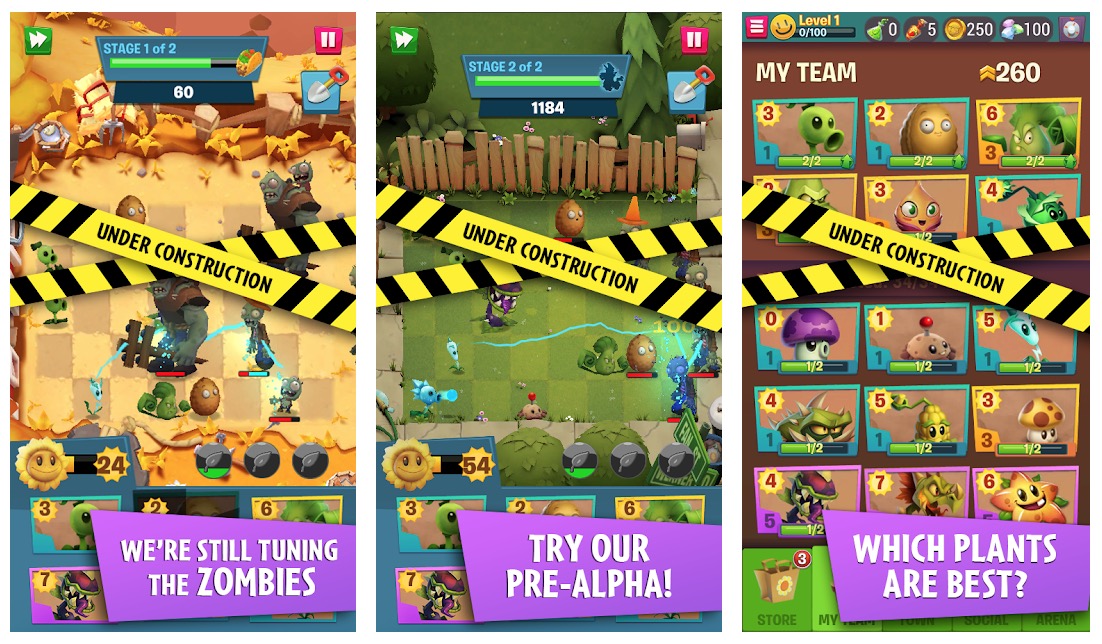