Samsung has announced that it will launch its Galaxy Fold smartphone starting in September. The company was forced to cancel its scheduled release in April after reviewers encountered numerous issues with the device.

Earlier this year, we announced Galaxy Fold—Samsung’s first foldable device, and the beginning of an entirely new mobile category. Since then, we’ve made improvements to Galaxy Fold to ensure consumers have the best possible experience. Samsung has taken the time to fully evaluate the product design, make necessary improvements and run rigorous tests to validate the changes we made.

Design and construction improvements include:
● The top protective layer of the Infinity Flex Display has been extended beyond the bezel, making it apparent that it is an integral part of the display structure and not meant to be removed.
● Galaxy Fold features additional reinforcements to better protect the device from external particles while maintaining its signature foldable experience:
● The top and bottom of the hinge area have been strengthened with newly added protection caps.
○ Additional metal layers underneath the Infinity Flex Display have been included to reinforce the protection of the display.
○ The space between the hinge and body of Galaxy Fold has been reduced.

Along with these improvements, Samsung says it has been continuously working to improve the overall Galaxy Fold user experience, including optimizing more apps and services for its foldable UX. 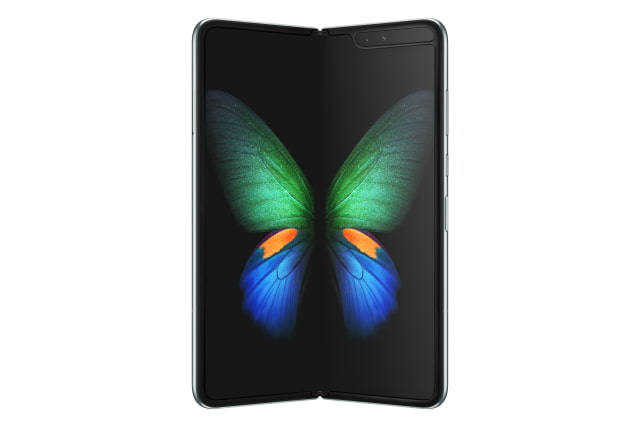 BritBratExpat - July 28, 2019 at 8:15am
If only Samsung can come up with their own OS similar to Apple’s interface etc. I’d switch after all these years. I just despise google and all their products.
Reply · Like · Mark as Spam

Ace - July 25, 2019 at 6:26pm
Hats off to Samsung for constantly pushing innovation forward - something Apple no longer does. It might fail but that’s what happens sometimes when risks are taken. They even listened to user feedback during the soft release and made improvements.
Reply · Like · Mark as Spam

BritBratExpat - July 28, 2019 at 8:13am
Agree! Im starting to go bored with Apple and their “innovations” each year. And Ive been an iPhone user since God knows when
Reply · Like · Mark as Spam
1 More Comment
Recent