Microsoft has revealed that it's working on the ability to download and restore Windows from the cloud. The feature will likely function similar to Apple's Internet Recovery which debuted in 2011 with Mac OS X Lion.

The upcoming feature was mentioned in the release notes for Windows 10 Insider Preview Build 18950.

Insiders may notice some references to “Cloud download” relating to PC reset or refresh. This feature isn’t available and working quite yet. We’ll let you know once it is, so you can try it out!

Microsoft has already launched a similar feature for its Surface lineup, allowing users to "recover from the cloud" by downloading a copy of Windows 10. 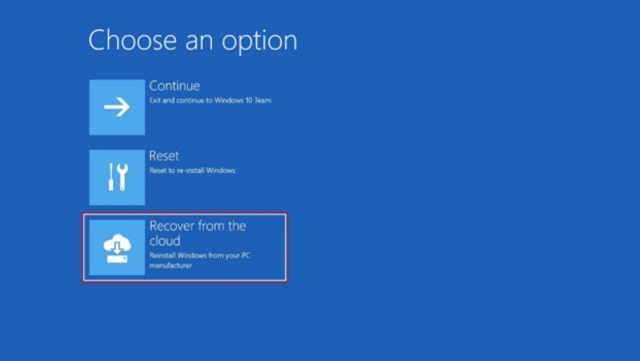 PaulieP - August 1, 2019 at 11:43pm
It’s about freaking time that they offer this. For all of you that say that Microsoft end of age, there are eight years behind the competition.
Reply · Like · Mark as Spam