The FTC is reportedly investigating Apple's deal with Amazon that cut out unauthorized resellers, according to The Verge.

The deal, announced last fall, has been great for consumers looking to purchase new Apple products; however, it has had the effect of kicking off hundreds of legitimate sellers that were offering low-cost refurbished products no longer sold by Apple.

One such seller is a Minnesota man named John Bumstead who specializes in refurbished MacBooks. Earlier this month he was contacted by a group of FTC officials and interviewed by FTC lawyers and an economist about the impact the deal has had on his business.

“They wanted to know how Amazon works, how eBay works. I went into describing how a listing works on Amazon. Amazon is interesting in that you don’t necessarily create a listing. You just sort of tag on to an existing listing,” Bumstead tells The Verge. “If that listing gets deleted, chances are you’re not allowed to sell that product. That’s how Amazon did this. They created a bunch of renewed listings from the people who were certified, and they let those people sell on those listings, and they abandoned everyone else.”

Experts believe the Amazon-Apple deal could violate antitrust law. The practice of cutting a deal while a brand to shut out third-party sellers is called 'brand gating'.

“You put a gate around the brand and say all the third-party sellers of whatever that brand is get a notice saying you can no longer sell this product on our platform unless you get authorization from the brand,” says Sally Hubbard, an antitrust expert at the OpenMarkets Institute. “But of course the brand is not going to let you sell if you’re under the [minimum advertised price]. Problem is that it’s illegal under antitrust law.” 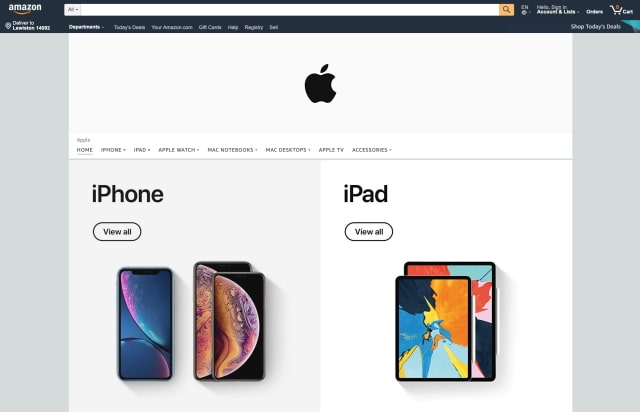 1reader - August 2, 2019 at 9:08pm
It happened to me too on Amazon but I moved to a different platform. It’s not a nice feeling when it happens.
Reply · Like · Mark as Spam
Recent