Customers with less than stellar credit scores are getting approved for Apple Card, according to CNBC. Goldman Sachs, the bank that decides who gets the credit card, is reportedly accepting applications from some subprime borrowers.

From the start, Apple wanted its bank partner to create a technology platform that would approve as many of its 100 million-plus U.S. iPhone users as possible, within the bounds of regulations and responsible lending, according to the people. That’s in line with the tech giant’s desire to provide a good user experience for its customers.

Subprime borrowers typically fall under a FICO score of 660 and usually default on loans before those with higher scores. It's believed that since Apple has just one card it needs to target as many people as possible. Additionally, sources tell the site that it was late co-founder Steve Jobs' goal to approve everyone. When Apple held discussions with Capital One about creating a card in the late 90s, Jobs 'had an aversion' to rejecting any of his customers for the card.

Ed Oswald tells CNBC that he was approved for an Apple Card with a FICO score of about 620.

“I was absolutely shocked I got it,” Oswald said. “I have a lot of collections from two or three years ago when I was in a really rough spot. When I heard it was with Goldman Sachs, I figured they were going for the high-income set.”

Oswald was given a modest credit limit of $750 and an interest rate of 23.99% which is 'a lot lower' than his other cards.

You can request an invite for Apple Card here and watch some videos on how it works here. Please follow iClarified on Twitter, Facebook, Google+, or RSS for updates. 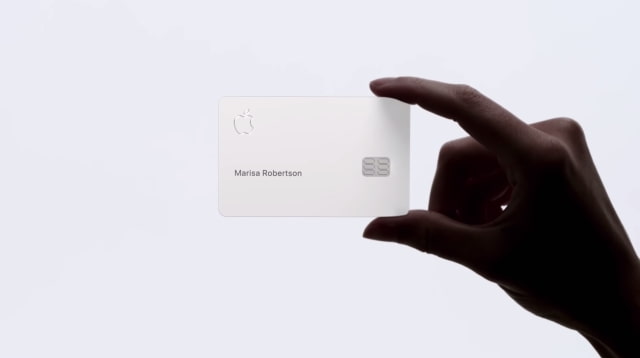 fackyoo - August 13, 2019 at 2:18pm
This people have no clue about a Great credit . $750 wont buy shit with apple Unless you want to purchase an iPad mini 2nd generation with it .
Reply · Like · Mark as Spam
Recent