A new battery powered Bluetooth speaker from Sonos has leaked ahead of its unveiling later this month. It's believed that the device will also support Apple AirPlay 2.

An image of the speaker was posted by ZatzNotFunny today, revealing a round cylindrical body that is slightly larger than the Sonos One. Controls and microphones have been placed on the top and there's an integrated handle on the back.

Sources tell The Verge that the speaker can use a base station for charging, or alternatively, a USB-C port. At the back is a button that switches between Bluetooth and Wi-Fi modes. When in Bluetooth mode the speaker functions like any Bluetooth device and cannot be controlled with the Sonos app, Alexa or Google Assistant.

Sonos will purportedly introduce a new Auto TruePlay feature with the device that automatically tunes the speaker to its surroundings.

Sonos will utilize the built-in voice microphones to automatically adjust the speaker’s audio output. Auto Trueplay can detect when the portable Sonos speaker has been moved — say, from inside to outdoors — and automatically recalibrate playback accordingly.

The new speaker will likely get its official unveiling at Sonos' upcoming press event being held August 26-27 in New York City. We're hoping to see updates to some of the company's other devices as well, like the Play:5, PlayBar, and Connect. There's also been rumors that the company could release a pair of high-end headphones. 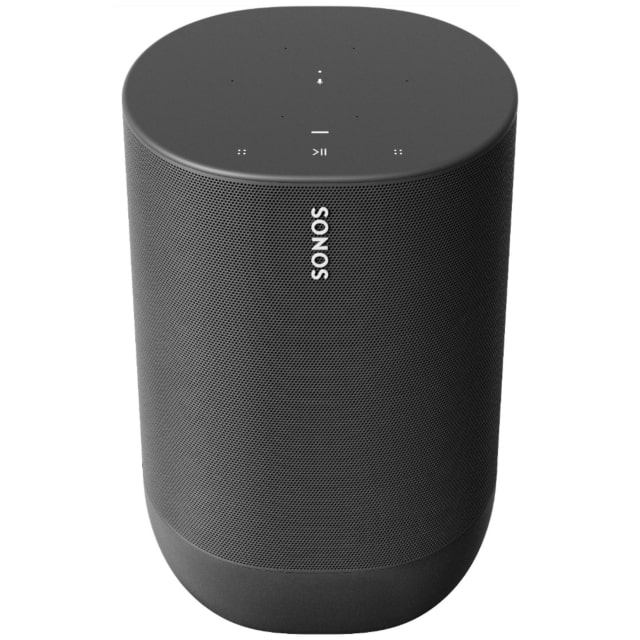