This version is intended exclusively for software developers to test their apps and start adopting the new technologies in iOS. Make sure to back up your device and install only on systems you are prepared to erase if necessary. 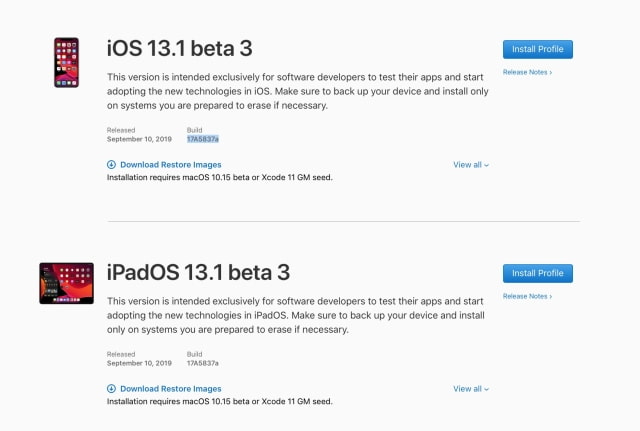 NoGoodNick - September 11, 2019 at 4:08am
Wait a minute, mouse support for a 5” to 6” screen but no Apple Pencil for detailed artistic renderings. Does this make sense to anyone besides marketing geniuses like Cook? I can see it now: “Hold on, I’m sending you a message, but first I’ve got to pull my USB mouse out of my pocket and unravel the cord.” Boss: “Is that a mouse in your pocket, or are you just kinda happy to see me?”
Reply · Like · Mark as Spam
Recent