Apple has accidentally confirmed the existence of the rumored Sleep app for Apple Watch.

The company referenced the app in a screenshot for the watchOS Alarm app. The screenshot reads, "Set your Bedtime and wake up in the Sleep app."

MacRumors found evidence of a Sleep app last month in an internal build of iOS 13; however, the app did not make it into the public release. It's believed that the app will provide users with an overview of sleeping patterns, and send bedtime and battery charging reminders. According to one string found, users will need to have 30% battery life to wear their Apple Watch to sleep.

Apple refers to the functionality as "Time in Bed tracking" and notes that "you can also track your sleep and get woken up silently by wearing your watch to bed." It's believed that the Sleep app will include a dedicated watch face. 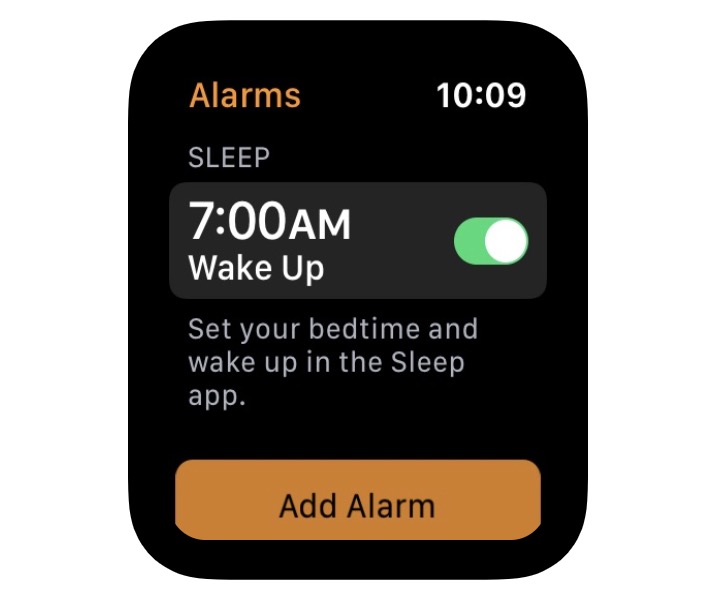 wyyyyt - October 7, 2019 at 11:34pm
No cares about the Apple Watch J les they make a Rolex Apple Watch then I will buy it Got 2 apple watches ,don't even wear them Not going to replace my Rolexes for this Bought them just to have them
Reply · Like · Mark as Spam

ichild - October 9, 2019 at 6:45am
Get with y the program buddy it's 2019 not 1988 Rolex holds no place among young people today only the old folks try to hold on to things that are fazing out. Nobody wears Rolex no matter not expensive they are and I'll go as far to say even if it cost 2 bucks the Apple watch will still be worn more. Thanks future is tech while those other watches sit there and collect dust. A Rolex will not tell you anything else other than time which is why most people buy a cell phone for. You should take back your phone too and buy a beeper.
Reply · Like · Mark as Spam
Recent