Apple Pay has overtaken Starbucks as the most used mobile payment platform in the United States, reports eMarketer.

“Apple Pay has benefited from the spread of new point-of-sale (POS) systems that work with the NFC signals Apple Pay runs on,” said eMarketer principal analyst Yory Wurmser. “The same trend should also help Google Pay and Samsung Pay, but they will continue to split the Android market.” 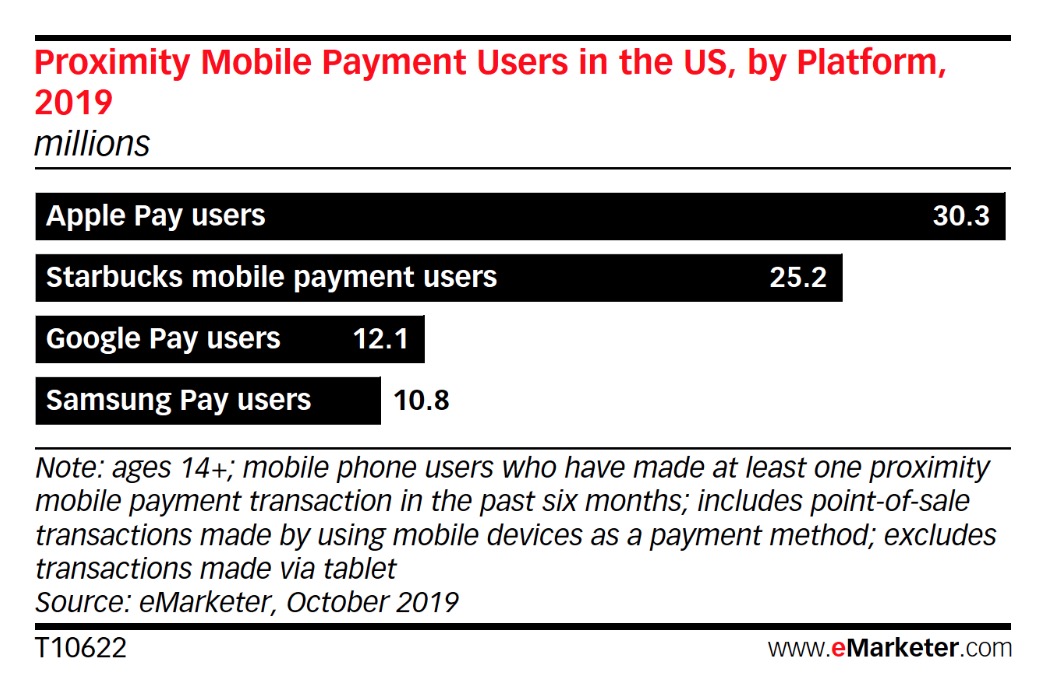 More details in the full report link below! 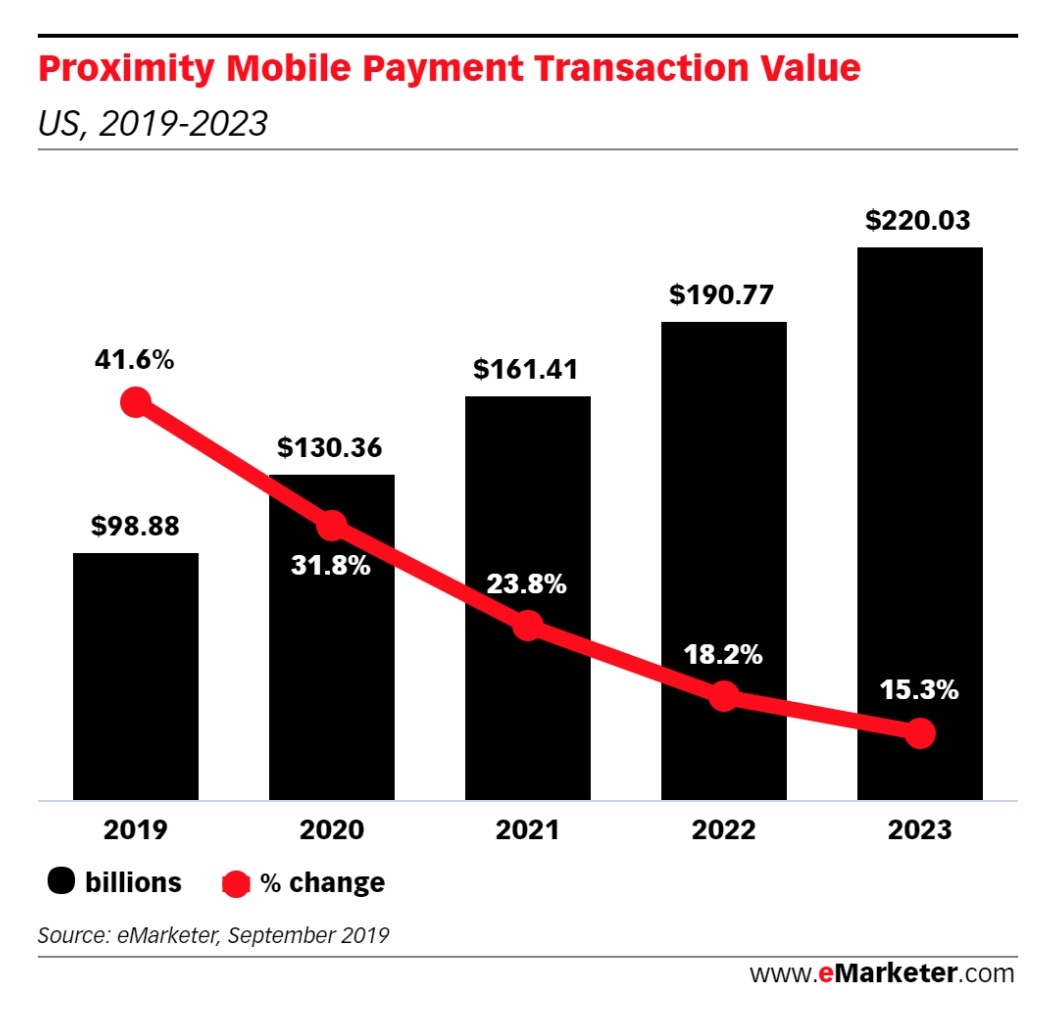