The Company posted quarterly revenue of $64 billion, an increase of 2 percent from the year-ago quarter, and quarterly earnings per diluted share of $3.03, up 4 percent. International sales accounted for 60 percent of the quarter’s revenue.

“We concluded a groundbreaking fiscal 2019 with our highest Q4 revenue ever, fueled by accelerating growth from Services, Wearables and iPad,” said Tim Cook, Apple’s CEO. “With customers and reviewers raving about the new generation of iPhones, today’s debut of new, noise-cancelling AirPods Pro, the hotly-anticipated arrival of Apple TV+ just two days away, and our best lineup of products and services ever, we’re very optimistic about what the holiday quarter has in store.”

“Our strong business performance drove record Q4 EPS of $3.03 and record Q4 operating cash flow of $19.9 billion,” said Luca Maestri, Apple’s CFO. “We also returned over $21 billion to shareholders, including almost $18 billion in share repurchases and $3.5 billion in dividends and equivalents, as we continue on our path to reaching a net cash neutral position over time.”

Apple’s board of directors has declared a cash dividend of $0.77 per share of the Company’s common stock. The dividend is payable on November 14, 2019 to shareholders of record as of the close of business on November 11, 2019.

Apple will provide live streaming of its Q4 2019 financial results conference call beginning at 2:00 p.m. PDT on October 30, 2019 at www.apple.com/investor/earnings-call/. This webcast will also be available for replay for approximately two weeks thereafter. 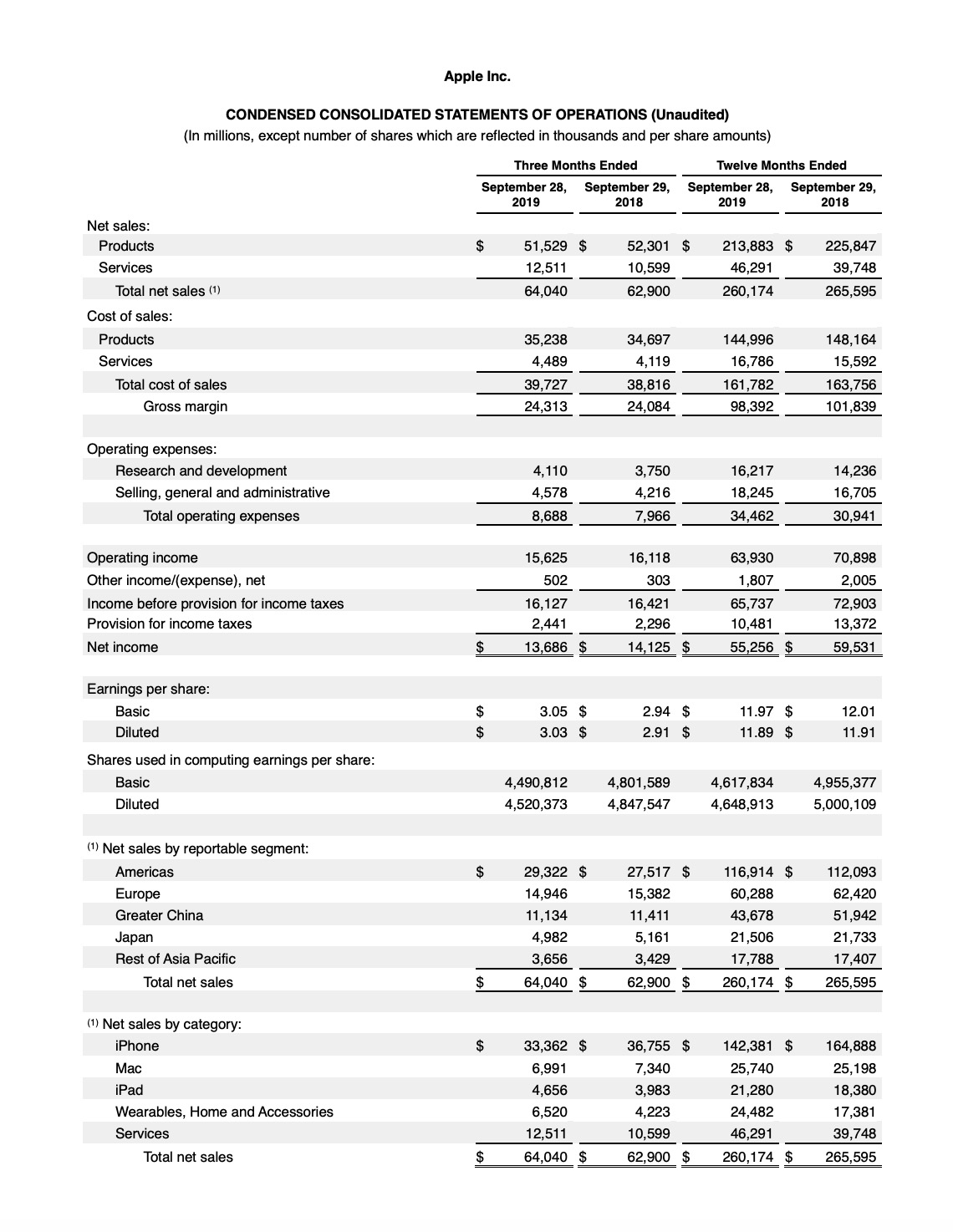 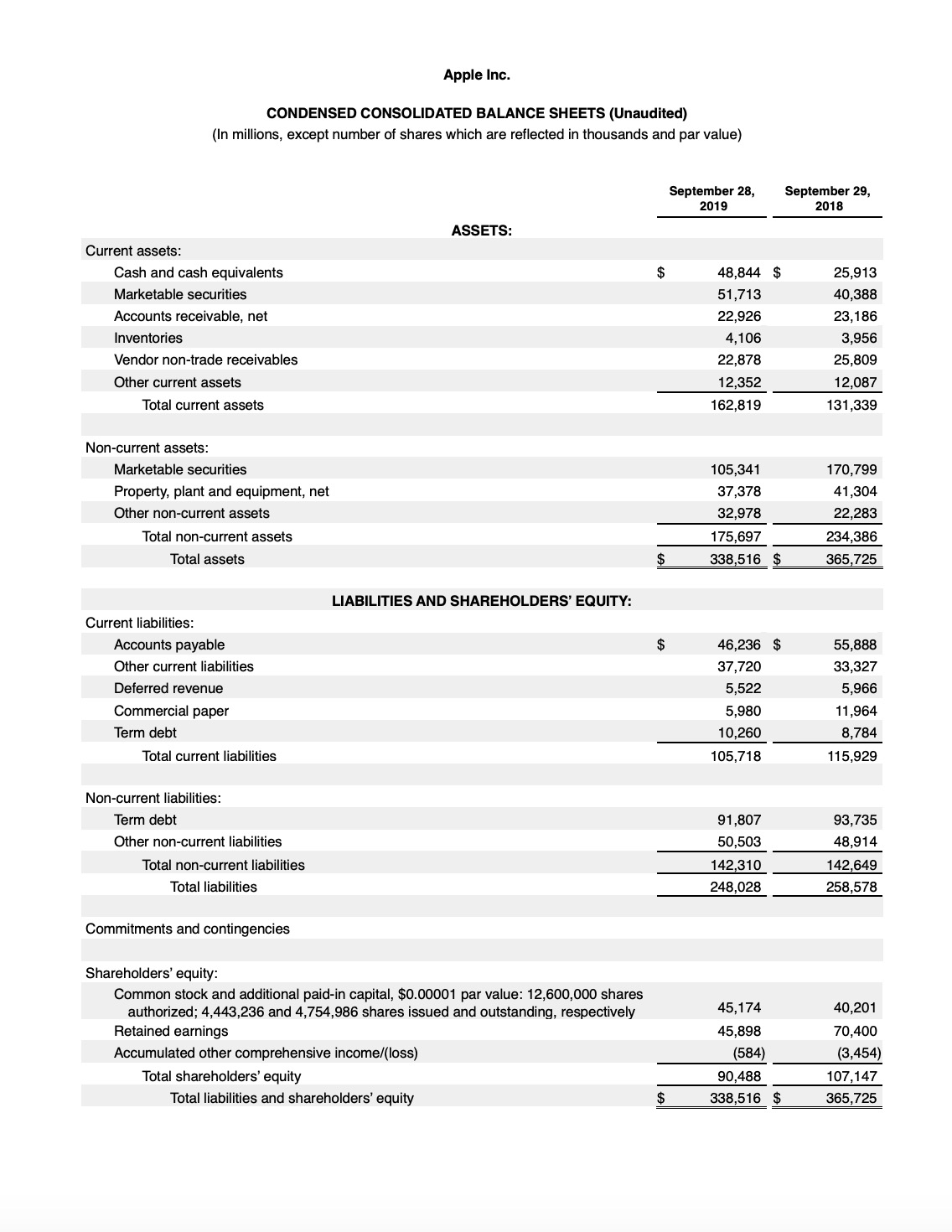 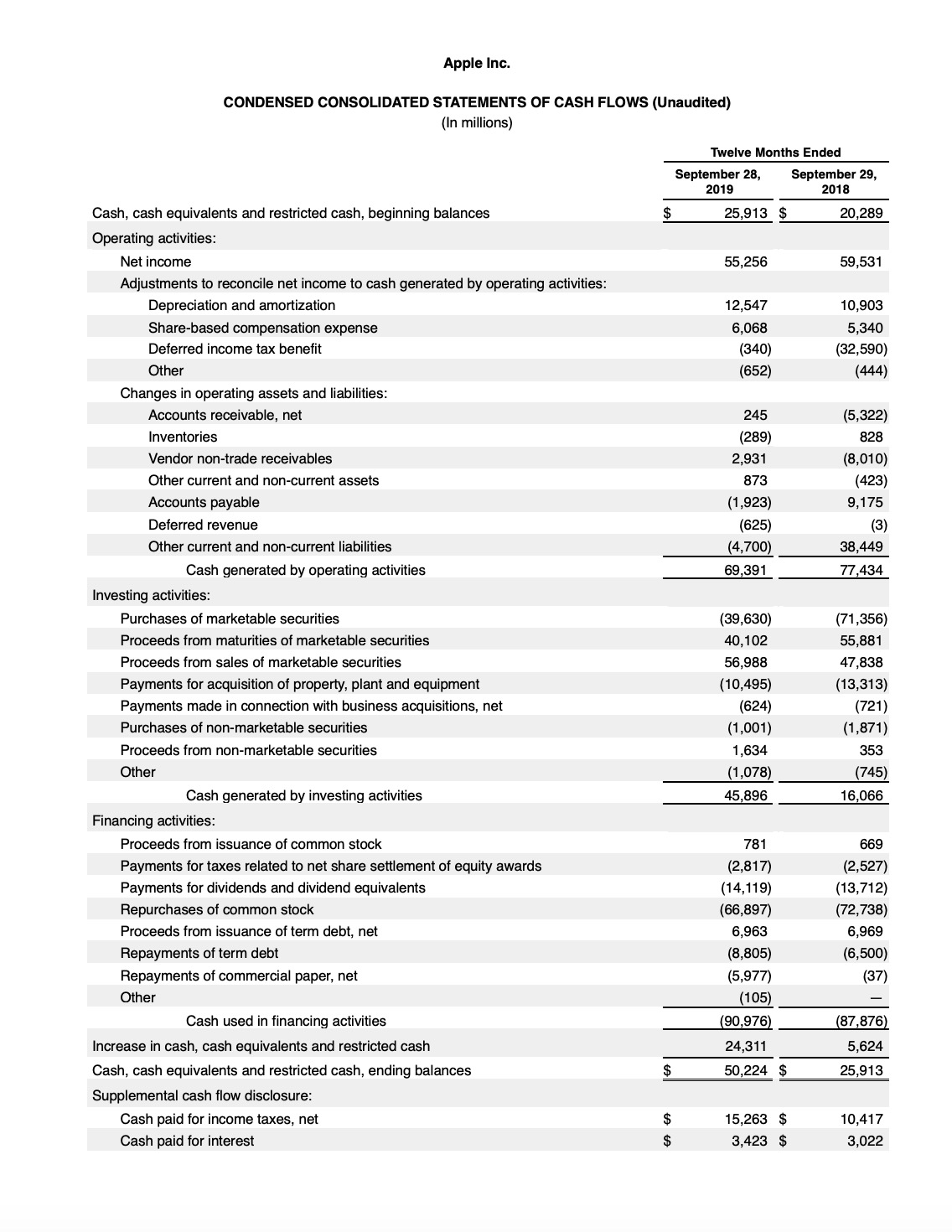