A Mac System Tools floppy disk signed by Steve Jobs has sold for $84,115, significantly higher than the auction was expected to go.

Here's how the disk was described:

Macintosh System Tools Version 6.0 floppy disk, signed in black felt tip, "steve jobs." In fine condition, with slight brushing to the ink. A hugely desirable format for Jobs's seldom-seen autograph—known as a reluctant signer, he often declined to comply with the requests of collectors. As a piece of Apple's iconic Mac OS software, boasting Jobs's elegantly stylish lowercase signature, this is a museum-quality piece of computing history.

Check out a photo of the disk below! 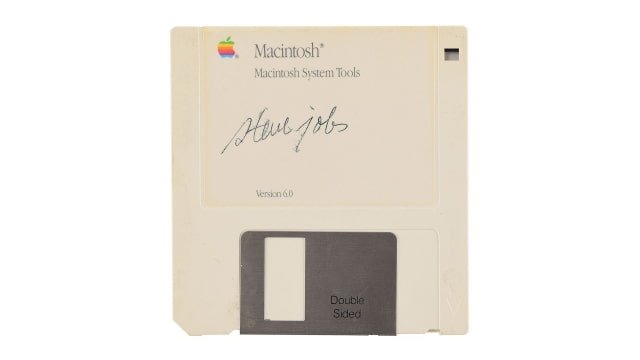 PaulieP - December 6, 2019 at 4:53pm
I have a partially used roll of toilet paper from Steve Jobs that he signed. Anyone?
Reply · Like · Mark as Spam