Global app spending on Christmas Day reached a total of $277 million this year, an increase of 11.3%, according to Sensor Tower.

Spurred by new device sales, first-time mobile users, and consumers flush with gift card credit, worldwide spending across the App Store and Google Play on Christmas topped $277 million according to Sensor Tower Store Intelligence estimates. This represented combined year-over-year growth of 11.3 percent for the stores, which brought in a total of $249 million in user spending on the same day in 2018.

Christmas Day revenue is estimated at about 5% of overall app revenue generated in the month of December which reached around $5.1 billion. That's an 8% increase over last year's spending of approximately $4.7 billion. 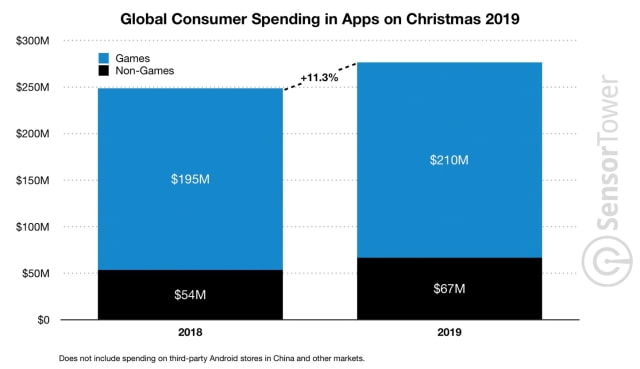 The majority of mobile spending on Christmas, approximately $210 million, was focused on the Games category, which generated 76 percent of revenue across both stores and grew about 8 percent Y/Y from $195 million. PUBG Mobile from Tencent’s TiMi studio led in-game spending with $8.5 million, up 431 percent from the $1.6 million players spent in the game on Christmas 2018. 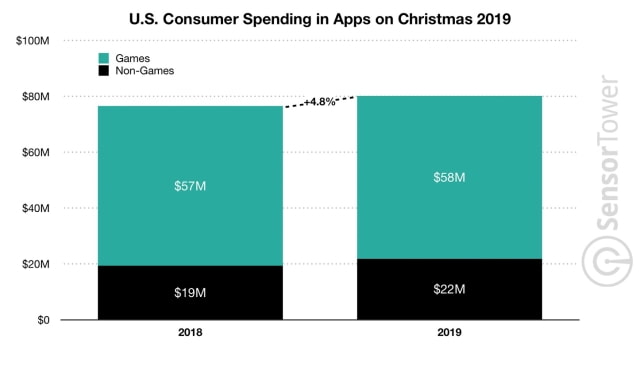