Photos of the Samsung Galaxy S20+ have allegedly been leaked, revealing the design of Samsung's next generation smartphone.

The images were shared with xda-developers by a source who wishes to remain anonymous. As rumored, they show a new rear camera setup which includes four cameras, a flash, and what appears to be a microphone hole.

On the front of the device, the display is much less curved than before with a hole punch that is centered and smaller than the Note 10's. The smartphone will reportedly come with a pre-installed screen protector.

This phone is expected to be in the middle of the S20 series. It will be slightly larger than the regular Galaxy S20 but it will lack the camera technology present in the higher-end “Galaxy S20 Ultra”. This particular model is rumored to come with a new 12MP 1.8μm main image sensor. Samsung is also throwing in an ultra-wide, telephoto, and likely macro lens. The microphone on the rear could help with Samsung’s zoom-in mic feature.

Samsung has announced a press event on February 11th at which it will likely unveil the Galaxy S20 and new a foldable device. Hit the link below and download the iClarified app or follow iClarified on Twitter, Facebook, YouTube, and RSS for updates. 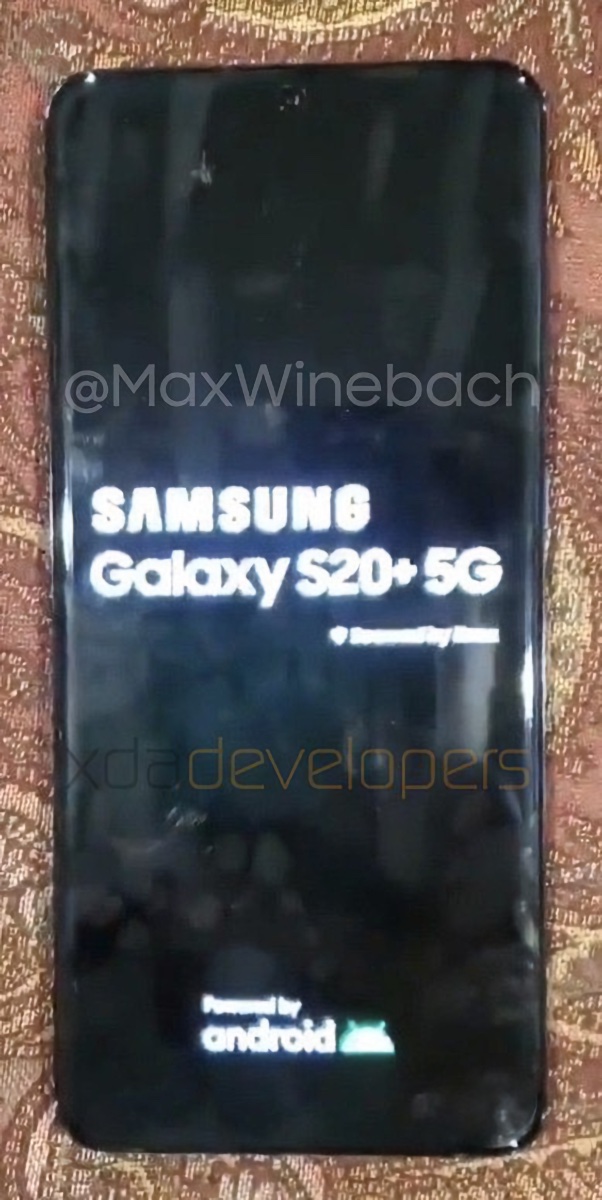 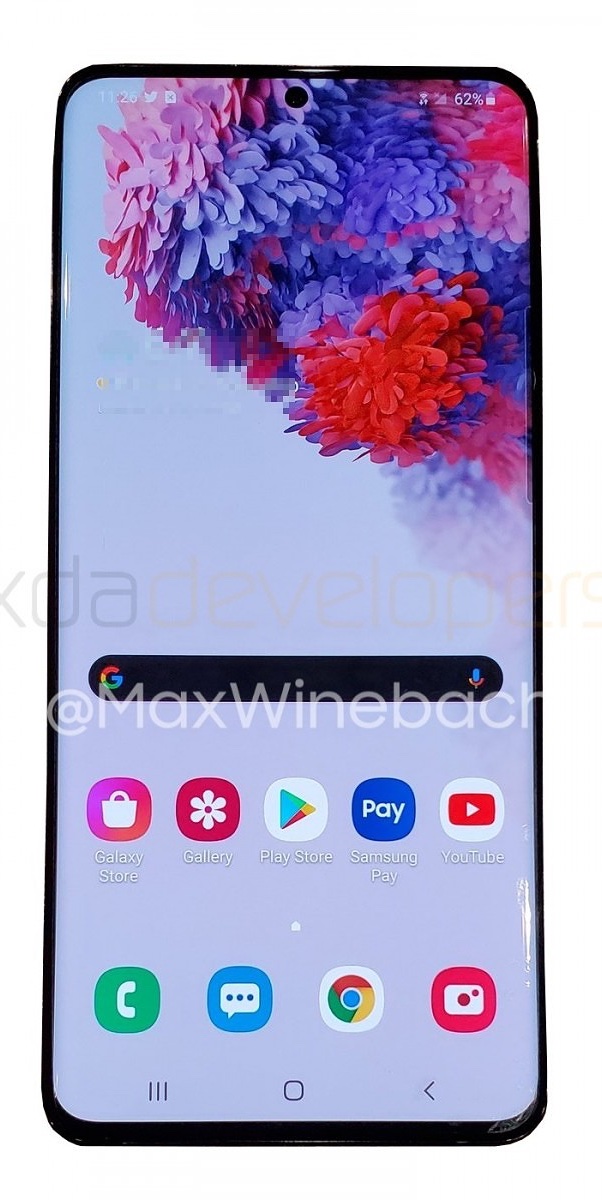 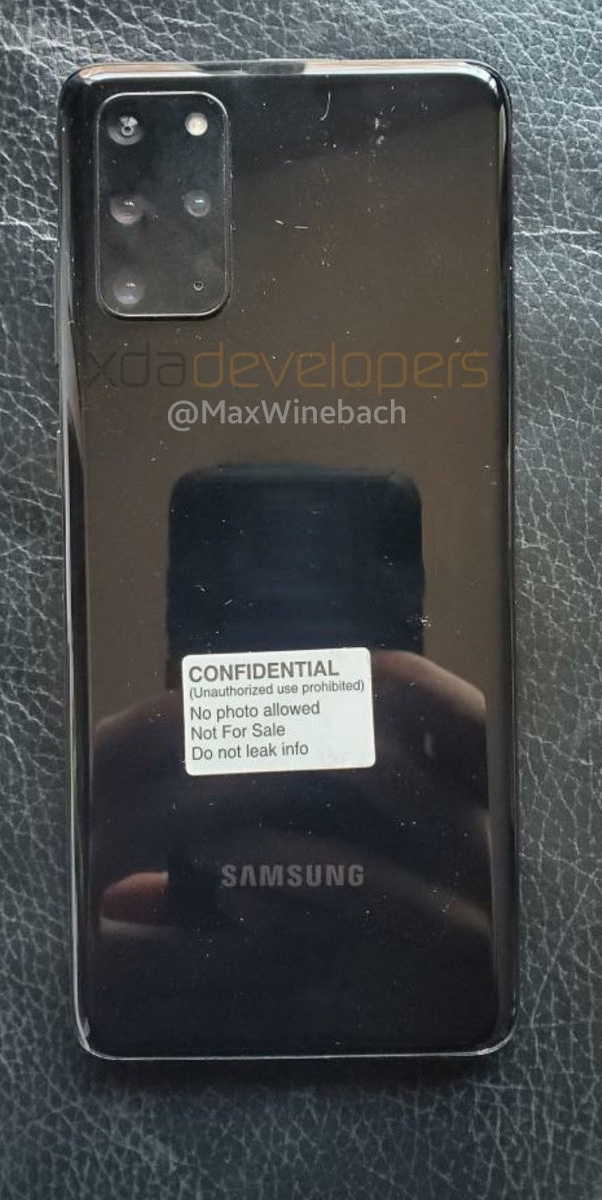