Revenue from app subscriptions in the U.S. grew 21% last year to $4.6 billion, according to a new report from Sensor Tower. This number only includes spending in the top 100 non-game applications.

Our research found that revenue generated by these apps in 2019 accounted for 19 percent of the $24 billion accumulated through user spending for the entire U.S mobile market, which includes the App Store and Google Play. Of the 100 highest grossing non-game apps across both stores last year, we found that 96 offered subscription options. 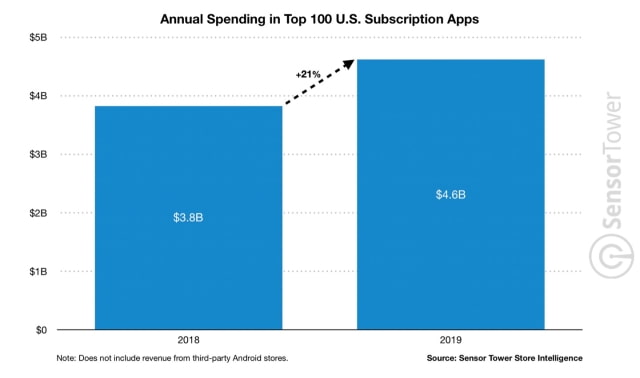 YouTube led the Apple App Store in subscription revenue last year but Tinder was the overall top revenue generating subscription app, responsible for 10% of spending in the top 100. 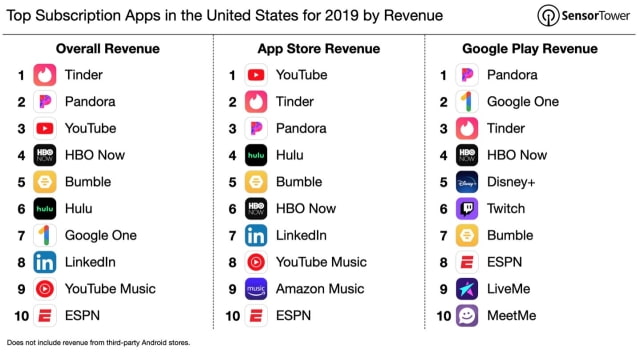 "Our data shows that the subscription model has gained prominence in recent years, becoming an increasingly favorable means of monetization for a wide variety of historically IAP-driven apps," says Sensor Tower. "This is due in part to the automatic billing nature of subscriptions, which offer convenience by renewing weekly, monthly, or annually without interruption to a user’s experience with an app." 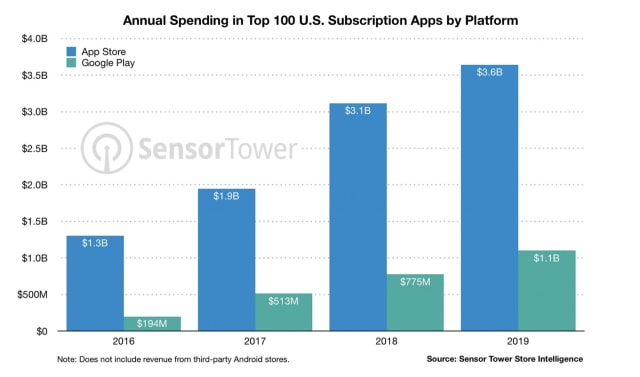