Case inventory for the upcoming 'iPhone 9' has purportedly arrived at Best Buy ahead of the new smartphone's launch.

A source tells 9to5Mac that the retailer has received cases from Urban Armor Gear and others with instructions that they are not to be merchandised until April 5th. The Urban Armor Gear case is from the Monarch Series and is designed for the 'New iPhone 4.7", 2020'.

What’s also notable is that Best Buy is being told not to inventory these cases until April 5, which is this coming Sunday. It’s unlikely that April 5 will be the release date for the iPhone 9, but one possibility is that Apple announces the iPhone 9 this week with availability sometime next week.

Apple allegedly held a meeting on March 26th to decide if the 'iPhone 9' would be delayed but it's unclear whether or not the device will be held back. If it does launch, it could arrive in mid-April.

iOS 14 leaks reveal that Apple has also been working on a larger 'Plus' model of the low cost 'iPhone 9'. It's unclear if that device will debut at the same time. 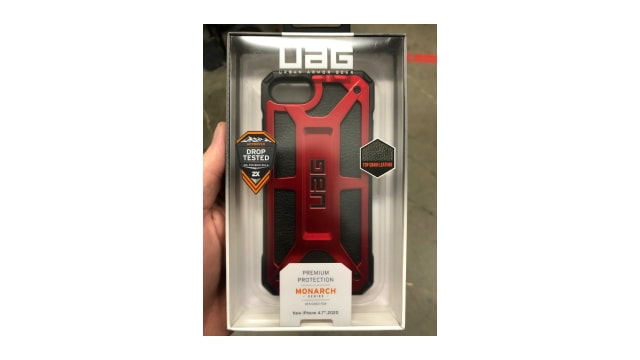