Microsoft is looking at bringing their Office suite to the Apple iPad, according to a T3 report.

Microsoft Senior Product Manager Mike Tedesco revealed during a demonstration of the brand new Office for Mac 2011 that the company is "looking at" the possibility.

"Yeah, it's something that we're looking at," said Tedesco. "Obviously the announcement (of the iPad) is really fresh and there's nothing to announce or nothing that I can talk to you about today."

"We've had tablet technology forever and both Windows 7 and Windows Vista automatically detect that and you can be running your Office on there."

Apple will offer iPad versions of its iWork applications by tablet launch for $9.99 per application. Since Office makes up a huge portion of Microsoft revenues it could be a good idea to have an iPad version finished earlier rather than later, before users start getting used to iWork. 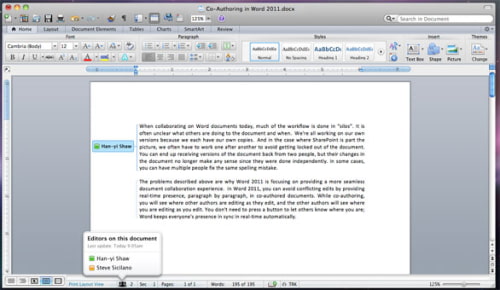