Renders of the upcoming Samsung Galaxy Z Fold 2 5G have purportedly been leaked by MySmartPrice. The company's flagship foldable smartphone appears to be getting a bigger external display and hole-punch cameras.

The renders show the Samsung Galaxy Z Fold 2 5G will have a familiar design with a book-like folding mechanism. It will have a much larger Cover display on the outside than its predecessor and have an Infinity-O punch-hole display on both the inside and the outside to maximise the screen real estate. Of course, there’s no notch and even the bezels are much slimmer than before, meaning Samsung has been able to squeeze bigger displays in a relatively compact body. 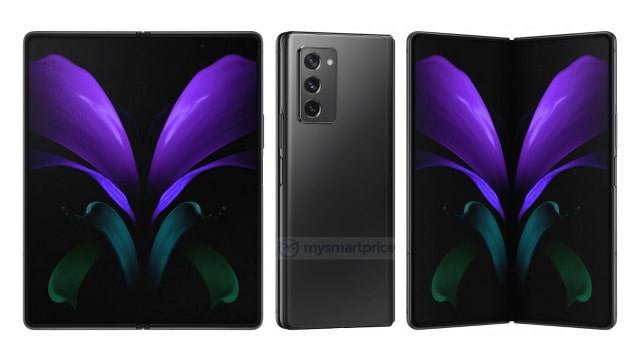 On the outside is a vertically aligned triple camera system with an LED flash. The sensors are said to be 64MP, 12MP, and 12MP with a 10MP sensor on the inside camera.

Rumors suggest the cover display is a 6.23-inch OLED and the inside display is a 7.7-inch OLED. The two batteries are said to combine for 4356mAh and the smartphone is said to allow for 15W wireless charging and 15W reverse charging.

It's believed that the Samsung Galaxy Z Fold 2 5G will cost $1980. Samsung will announce the device alongside its new Galaxy Buds Live, Galaxy Tab S7, Galaxy Watch 3, and Galaxy Note 20 at an August 5 Unpacked Event. 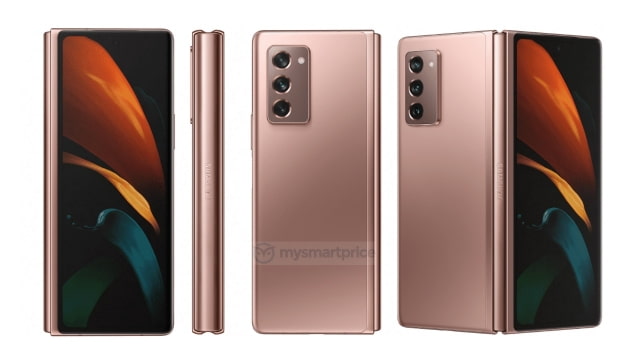