U.S. Customs and Border Protection appears to have accidentally seized a shipment of OnePlus Buds believing them to be counterfeit AirPods.

The agency announced the seizure in a press release and tweet yesterday.

On August 31, CBP officers seized 2,000 counterfeit Apple Airpod Earbuds from Hong Kong destined for Nevada at an air cargo facility located at John F. Kennedy International Airport. If the merchandise were genuine, the Manufacturer’s Suggested Retail Price (MSRP) would have been $398,000.

Alongside the release, the CBP posted pictures of the seized goods which clearly show boxes marked 'OnePlus Buds'.

OnePlus appears to have confirmed the embarrassing mistake, tweeting back:

"Hey, give those back! [Upside-down face]"

The OnePlus Buds retail for $79, significantly less than the Apple AirPods Pro at $249. Notably, Apple's AirPods Pro are on sale today for $199, their lowest price ever. 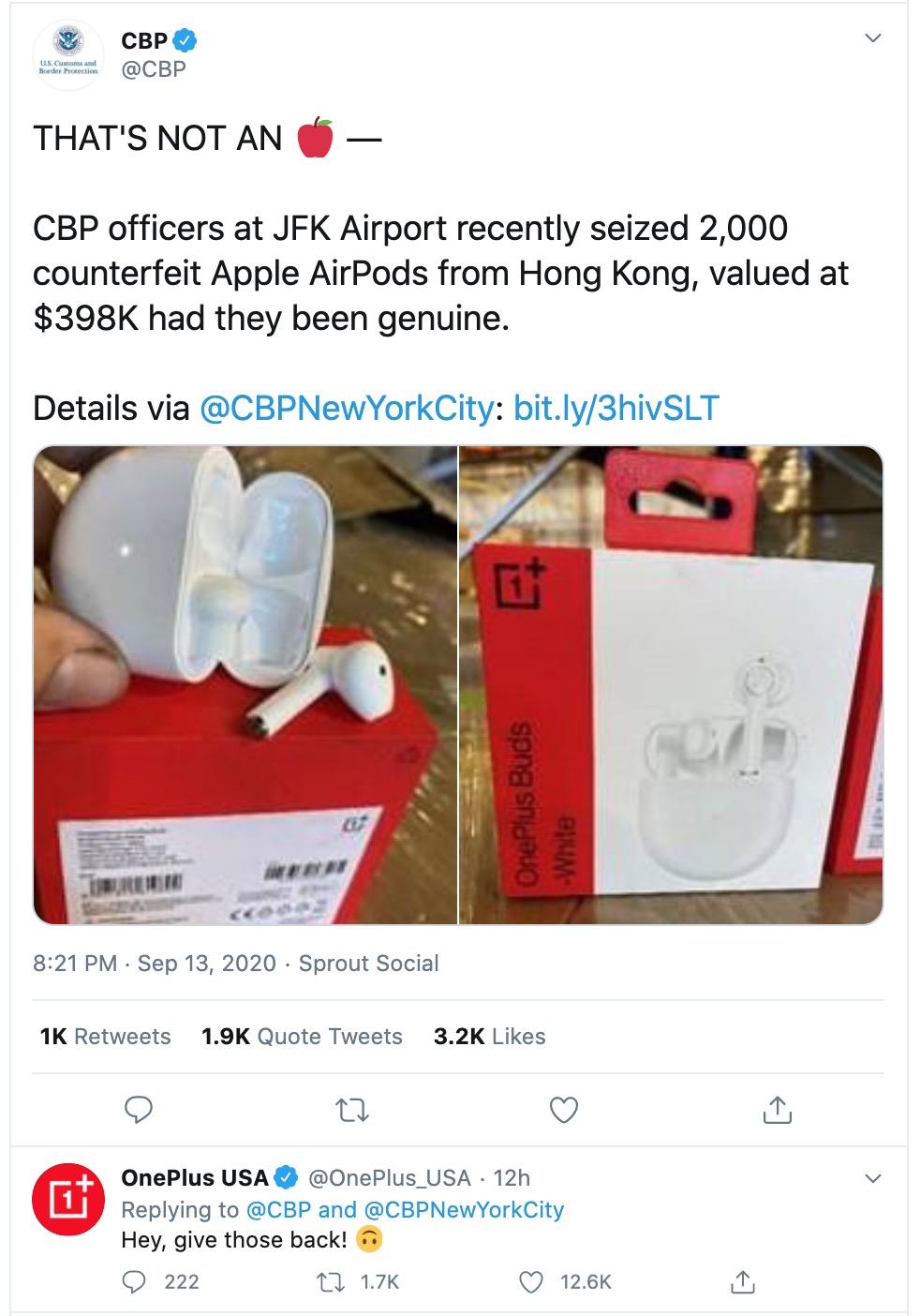 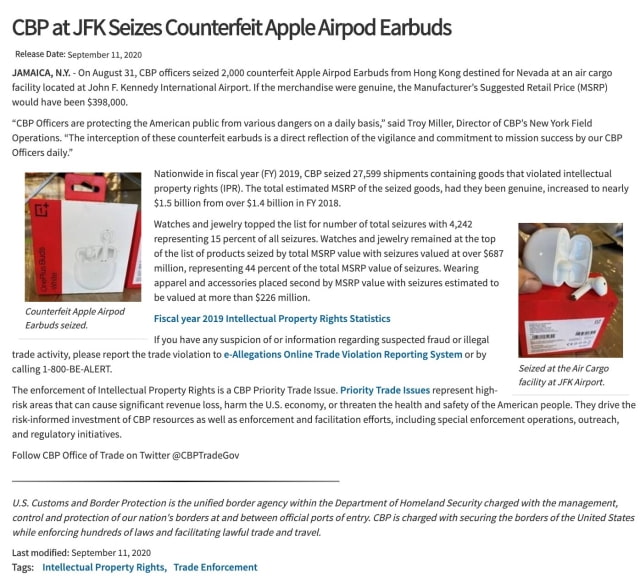