Apple unveiled the Apple Watch Series 6 earlier this month. It features a new blood oxygen sensor, an Always-On Retina display that is 2.5x brighter outdoors when your wrist is down, a S6 SiP that is up to 20% faster than Series 5, and a U1 Ultra Wideband chip.

The Apple Watch SE does not have a blood oxygen sensor or ECG capabilities; however, it offers an S5 SiP, GymKit support, and Emergency Fall Detection at a lower price point.

Grab the deals below while supplies last! 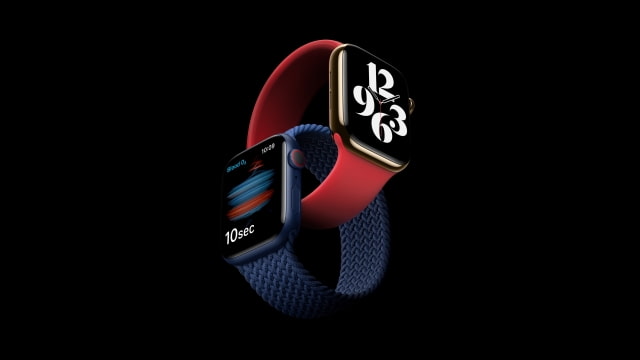 FutureMedia - September 22, 2020 at 7:27pm
Only Space Gray Aluminum with a black sport band is discounted.
Reply · Like · Mark as Spam