Apple's App Store generated nearly twice the revenue of the Google Play Store in the third quarter of 2020, according to a new report from Sensor Tower.

Consumer spending on in-app purchases, subscriptions, and premium apps climbed by 31 percent to $19 billion globally on Apple’s App Store in 3Q20, up from $14.5 billion in the same period last year. Spending on Google Play experienced even more substantial growth, increasing 33.8 percent Y/Y to $10.3 billion from $7.7 billion in the year-ago quarter. The split in spending between the two platforms remained consistent when compared to 3Q19, with Apple’s marketplace seeing nearly twice the revenue earned on Google’s store. 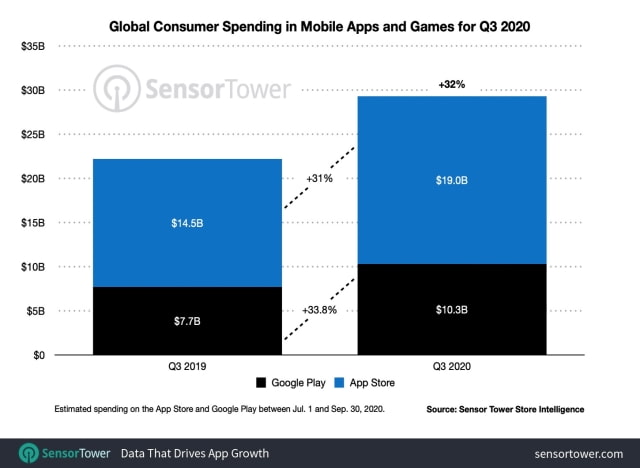 TikTok was the top grossing non-game app in the quarter followed by YouTube, Tinder, Tencent Video, and Disney+. 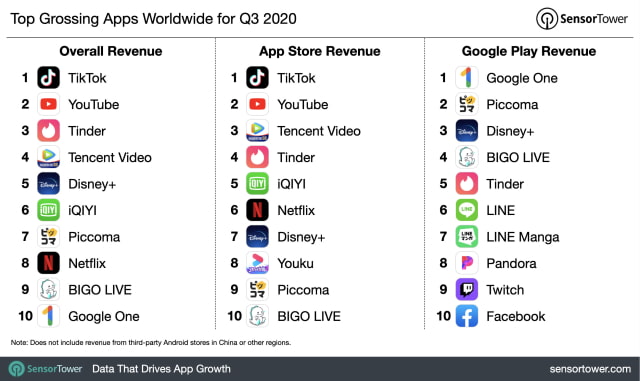 Mobile game spending is to have significantly increased once again in the third quarter, climbing 26.7% year over year to reach $20.9 billion.

More than half of this revenue came from users on the App Store, which generated $12.4 billion from in-game spending, up 24 percent Y/Y from 3Q19. Games on Google’s platform generated $8.5 billion in gross revenue, reflecting 30.8 percent Y/Y growth. 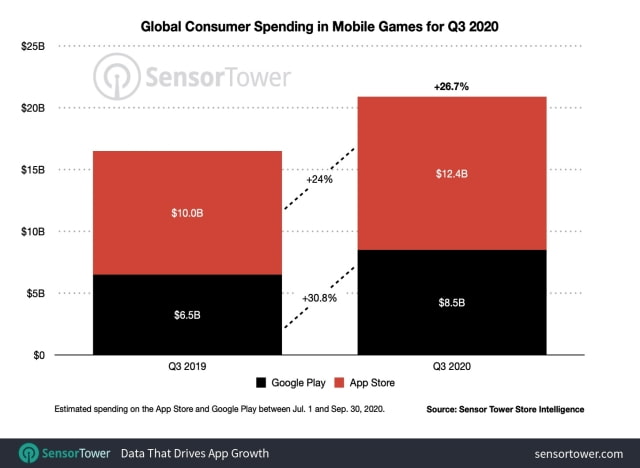 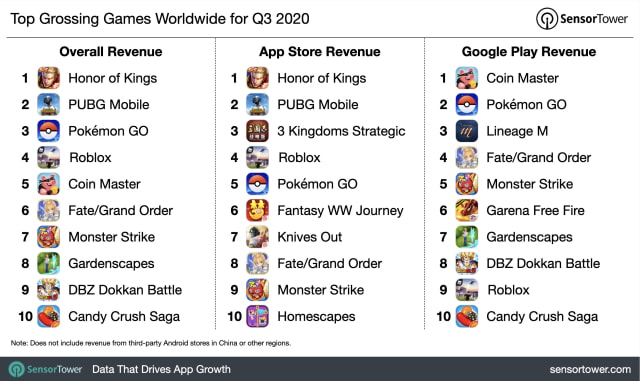