Cydia just joined the legal battle against Apple: "A new lawsuit brought by one of Apple's oldest foes seeks to force the iPhone maker to allow alternatives to the App Store, the latest in a growing number of cases that aim to curb the tech giant's power."

The lawsuit claims Apple saw the success of Cydia and took steps to corner the market on iOS app distribution.

---
Plaintiff SaurikIT, LLC (“SaurikIT” or “Cydia”) was founded by Jay Freeman, a preeminent software engineer. When Apple introduced the iPhone, it failed to address the distribution of iOS apps. Mr. Freeman realized that Apple’s users wanted and needed to expand the iPhone’s stock capabilities, so he developed Cydia. With an intuitive and attractive interface, Cydia was the first comprehensive solution to fill that need and was the App Store before the App Store even existed.

Cydia became hugely popular by offering a marketplace to find and obtain third party iOS applications that greatly expanded the capabilities of the stock iPhone, including games, productivity applications, and audio/visual applications such as a video recorder (whereas the original iPhone only allowed still camera photos). Apple subsequently took many of these early third party applications’ innovations, incorporating them into the iPhone directly or through apps.

But far worse than simply copying others’ innovations, Apple also recognized that it could reap enormous profits if it cornered this fledgling market for iOS app distribution, because that would give Apple complete power over iOS apps, regardless of the developer. Apple therefore initiated a campaign to eliminate competition for iOS app distribution altogether. That campaign has been successful and continues to this day. Apple did (and continues to do) so by, inter alia, tying the App Store app to iPhone purchases by preinstalling it on all iOS devices and then requiring it as the default method to obtain iOS apps, regardless of user preference for other alternatives; technologically locking down the iPhone to prevent App Store competitors like Cydia from even operating on the device; and imposing contractual terms on users that coerce and prevent them from using App Store competitors. Apple has also mandated that iOS app developers use it as their sole option for app payment processing (such as in-app purchases), thus preventing other competitors, such as Cydia, from offering the same service to those developers.

Through these and other anticompetitive acts, Apple has wrongfully acquired and maintained monopoly power in the market (or aftermarket) for iOS app distribution, and in the market (or aftermarket) for iOS app payment processing. Apple has frozen Cydia and all other competitors out of both markets, depriving them of the ability to compete with the App Store and to offer developers and consumers better prices, better service, and more choice. This anticompetitive conduct has unsurprisingly generated massive profits and unprecedented market capitalization for Apple, as well as incredible market power.
---

You can read the full complaint here. 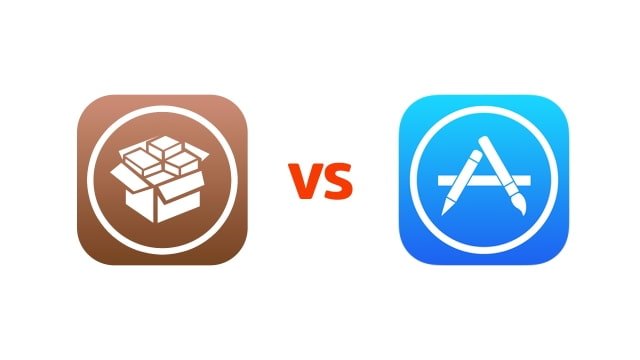 1reader - December 10, 2020 at 7:35pm
👍🏻 sue them let’s see what good can come out of this. Maybe another AppStore?! Probably just a dream but for sure if he wins more Money for him.
Reply · Like · Mark as Spam
Recent