PopCap Games today announced that the iPhone and iPod touch adaptation of its Plants vs. Zombies game sold more than 300,000 units in its first nine days of availability, setting a new record for App Store launches.

Plants vs. Zombies shot to number one in the units sold and "top grossing" App Store charts within 24 hours of its launch and remained there until yesterday. At a retail price point of US$2.99, Plants vs. Zombies for iPhone/touch has already grossed more than US$1 million.

PopCap also revealed that its flagship Bejeweled 2 is now the first paid app to reach 3 million units on the App Store.

More than 95% of consumers who have purchased the game gave it five out of five stars in the App Store's rating system - making it the highest-rated product in the App Store.

Plants vs. Zombies: Stem a zombie attack on your iPhone!
Get ready to soil your plants in this brand-new version of the hit PopCap game! A mob of fun-loving zombies is about to invade your home, and your only defense is an arsenal of 49 zombie-zapping plants. Use peashooters, wall-nuts, cherry bombs and more to slow down, confuse, weaken and mulchify 26 types of zombies before they can reach your front door.

Each zombie has its own special skills, so you’ll need to think fast and plant faster to combat them all. But be careful how you use your limited supply of greens and seeds… as you battle the fun-dead, obstacles like a setting sun, creeping fog and a swimming pool add to the challenging fun. Get ready to soil your plants!

Features:
- Conquer all 50 levels of Adventure mode — through day, night and fog, in a swimming pool and on the rooftop
- Battle 26 types of zombies including pole-vaulters, snorkelers and “Zomboni” drivers
- Earn 49 powerful perennials and collect coins to buy upgrades, power-ups and more
- Open the Almanac to see all the plants and zombies, plus amusing “facts” and quotes
- Collect 13 iPhone-exclusive PvZ achievements
- Replay levels in the all-new Quick Play arena
- All the fun of the hit PC/Mac game — adapted for fun-dead fun on your iPhone
- Hilarious graphics, great soundtrack and a bonus music video

You can purchase Plants vs. Zombies from the App Store for $2.99. 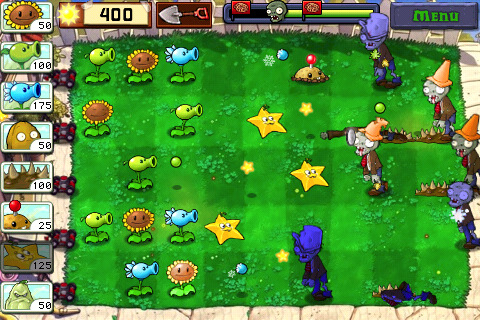 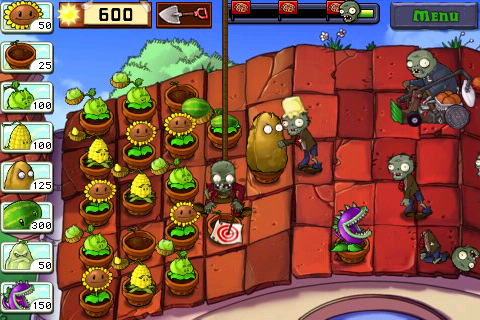 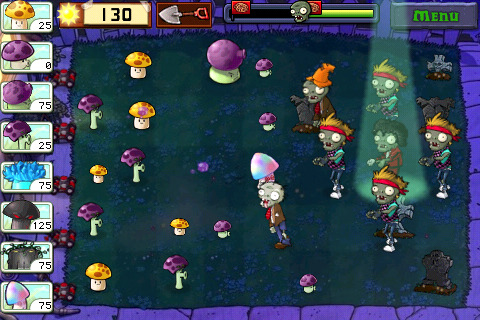 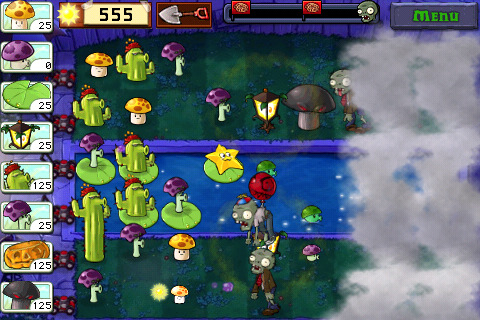 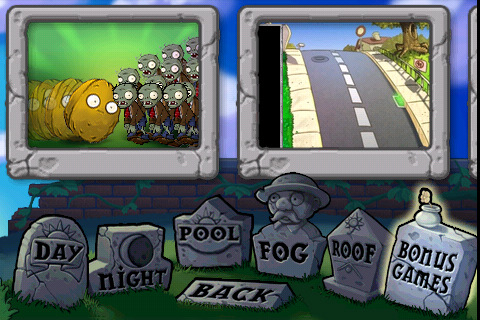