Here is a very early beta of Linux on the m1 for *advanced users only*. https://downloads.corellium.info/linux.macho if you don't know how to run this then wait till tomorrow when the more complete release with USB, SMP is posted (with instructions).

Wade says that "All of @CorelliumHQ’s Linux for M1 code will be released under a permissive open-source license and we are actively looking to upstream it into Linux."

Corellium's official account also retweeted the announcement but again suggests most users wait until tomorrow to give it a try.

"We recommend waiting until a version is posted that has stable USB. It will not be useful to most users until then. Check back tomorrow" 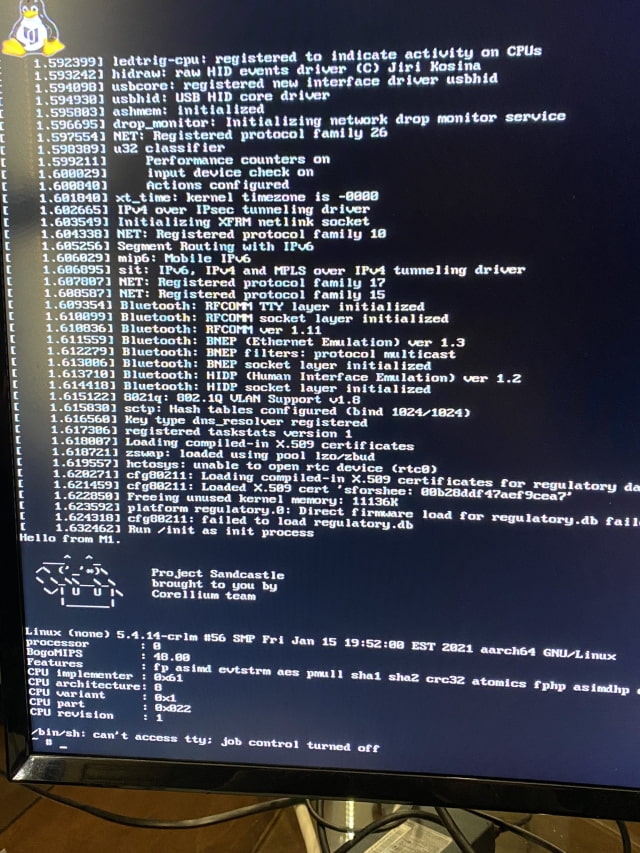