Which? believes Qualcomm has breached UK competition law by taking advantage of its dominance in the patent-licensing and chipset markets. The result is that it is able to charge manufacturers like Apple and Samsung inflated fees for technology licences, which have then been passed on to consumers in the form of higher smartphone prices.

Which? is seeking damages for all affected Apple and Samsung smartphones purchased since 1st October 2015. It estimates that individual consumers could be due up to £30 depending on the number and type of smartphones purchased during that period, although it is expected at this stage that most consumers would receive around £17. 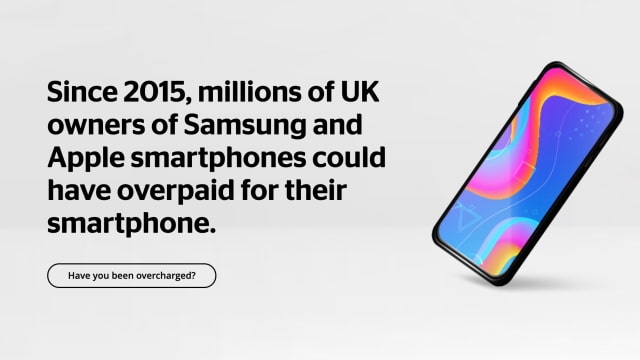 Anabel Hoult, CEO of Which?, says:

“We believe Qualcomm’s practices are anticompetitive and have so far taken around £480 million from UK consumers’ pockets – this needs to stop. We are sending a clear warning that if companies like Qualcomm indulge in manipulative practices which harm consumers, Which? is prepared to take action.

“If Qualcomm has abused its market power it must be held to account. Without Which? bringing this claim on behalf of millions of affected UK consumers, it would simply not be realistic for people to seek damages from the company on an individual basis – that’s why it’s so important that consumers can come together and claim the redress they are entitled to.”

In a statement to the BBC, Qualcomm said the case had 'no basis'.

"As the plaintiffs are well aware, their claims were effectively put to rest last summer by a unanimous panel of judges at the Ninth Circuit Court of Appeals in the United States," a spokesman told the BBC.

Last year, the United States Court of Appeals for the Ninth Circuit overturned a lower court's ruling which found Qualcomm guilty of anti-competitive behavior. However, in 2018, the European Commission fined Qualcomm €997m for abusing its market dominance in LTE baseband chipsets and making payments to Apple on the condition it would not buy rival chips. Qualcomm is appealing that verdict as well.

You can find more details on the Which? lawsuit at the link below...