Apple has announced an investment of over one billion euros in Germany with plans to build a new European Silicon Design Center in Munich.

Apple will make Munich its European Silicon Design Center, adding hundreds of new employees and a new state-of-the-art facility focused on connectivity and wireless technologies. Munich is already Apple’s largest engineering hub in Europe, with close to 1,500 engineers from 40 countries working in a variety of areas including power management design, application processors, and wireless technologies. Their work is contributing to Apple’s custom silicon designs with industry-leading performance, powerful features, and incredible efficiency. The expansion in Munich, together with additional investment in R&D, will exceed 1 billion euros in the next three years alone.

“I couldn’t be more excited for everything our Munich engineering teams will discover — from exploring the new frontiers of 5G technology, to a new generation of technologies that bring power, speed, and connectivity to the world,” said Tim Cook, Apple’s CEO. “Munich has been a home to Apple for four decades, and we’re grateful to this community and to Germany for being a part of our journey.” 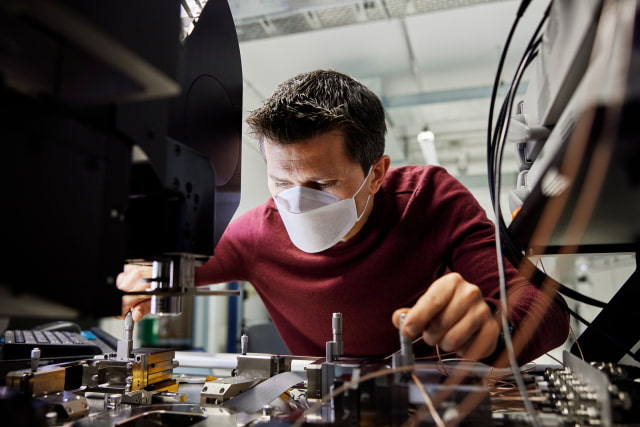 Expanding Apple’s Engineering Teams in Munich
This expansion is the latest step in Apple’s longstanding effort to build a world-class team of engineers in Munich and across Germany.

In 2015, Apple opened its Bavarian Design Center which has grown to more than 350 engineers. The teams’ initial focus was on power management design, and they have been critical to Apple’s efforts to deliver multiple power management unit chips. The teams have created custom silicon, delivering greater performance and better efficiency for iPhone, iPad, Apple Watch, and Mac with the M1 chip. Over the past decade, Apple’s innovation in energy efficiency has reduced average product energy use by over 70 percent.

In 2019, the company added silicon engineering sites in Nabern, Kirchheim unter Teck. Today, about half of Apple’s global power management design team is located in Germany, and Apple also has teams in Munich working on application processor SoCs, and analog and mixed signal solutions for iPhone. 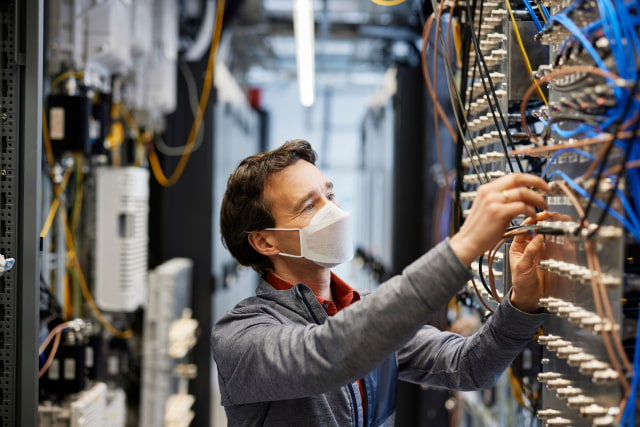 A New Space for Europe’s Largest Mobile Technologies Engineering Team
The new facility will be home to Apple’s growing cellular unit, and Europe’s largest R&D site for mobile wireless semiconductors and software. The team is creating 5G and future technologies, bringing innovation to all aspects of the wireless experience through the seamless integration of hardware and software engineering. Teams also focus on developing, integrating, and optimising wireless modems for Apple products. Apple’s site in Linz, Austria, is driving new radio technologies.
The new, 30,000-square-meter facility is located in central Munich’s Karlstrasse. The architecture and gardens highlight local materials reflecting Munich as a city that combines heritage, humanity, and innovation. Apple plans to start moving into the new building in late 2022, and it will have LEED Gold certification from day one. Like all Apple offices globally, it will run entirely on 100 percent renewable energy. Across Germany, Apple now has over 4,000 team members in a range of roles, including retail, engineering, and operations. 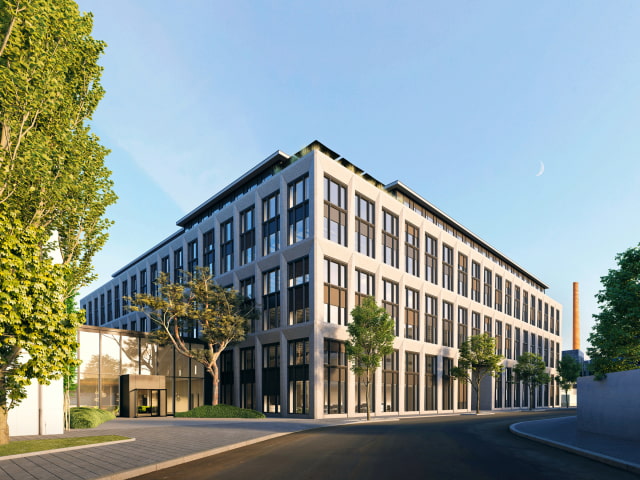 Contributing to Germany’s Industrial and Technological Success
In the past five years, Apple has spent over 15 billion euros with more than 700 companies of all sizes across Germany. This includes the chip manufacturer Infineon, battery company Varta, and the family-owned chemical company DELO, which is delivering resin for Face ID technology in Apple’s newest products, including iPhone 12 Pro.

Located an hour outside of Munich, DELO has also been working with Apple’s environmental team in the region to reduce its use of harmful chemicals and its carbon footprint, joining Apple’s commitment to be carbon neutral across its entire business, manufacturing supply chain, and product life cycle by 2030.

In 2015, Apple launched the Supplier Clean Energy Program and, across Germany, suppliers are working toward new solutions to run their Apple production with 100 percent renewable power. Companies including Henkel, tesa SE, and Varta have also joined. Once all of Apple’s supplier projects are completed, these commitments will avoid over 14.3 million metric tons of CO2e annually — the equivalent of taking more than 3 million cars off the road each year. 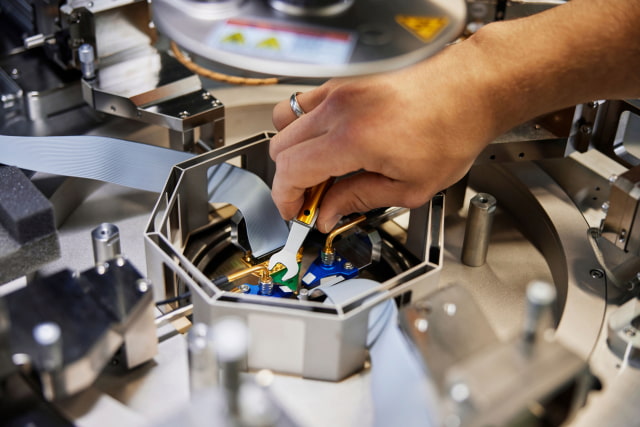 Apple in the Munich Region
Apple has been operating in Munich since 1981 when it started with 10 employees. Today, Apple team members are working across seven offices, and two of the 15 German Apple Store locations are in Munich.

As part of the company’s commitment to give back to local communities, Apple’s Munich employees support several local community-based organisations and charities. As the pandemic brought unprecedented challenges to the area, Apple employees reinforced their commitment to the Munich community. Apple matches every hour an employee volunteers and every euro they donate through the Apple Giving program. Since the program’s inception in 2011, Apple employees have raised almost $600 million in total donations globally — including more than 1.6 million hours volunteered — for more than 34,000 organisations. This includes support for the Munich-based mentoring initiative Rock Your Life! and Münchner Tafel, a food bank in Munich that sources and distributes food to more than 20,000 people in the city each week. 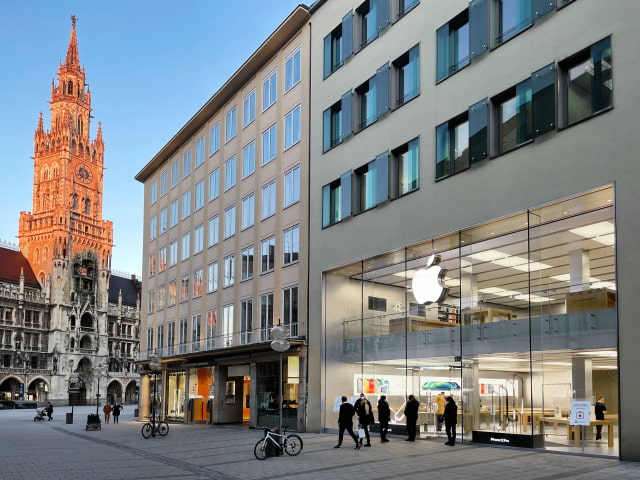