Graham Ivan Clark, a Tampa teen, has plead guilty to taking control of numerous high profile Twitter accounts and using them to solicit over $100,000 in Bitcoin, reports the Tampa Bay Times. In exchange for his guilty plea, Clark will get three years in prison, followed by three years of probation.

The agreement allowed Clark, now 18, to be sentenced as a “youthful offender,” avoiding a minimum 10-year sentence that would have followed if he’d been convicted as an adult. The mandatory minimum will only apply if Clark violates his probation.

“Graham Clark needs to be held accountable for that crime, and other potential scammers out there need to see the consequences,” Hillsborough State Attorney Andrew Warren said in a statement. “In this case, we’ve been able to deliver those consequences while recognizing that our goal with any child, whenever possible, is to have them learn their lesson without destroying their future.”

According to the Florida Department of Law Enforcement, Clark accessed Twitter's systems by convincing an employee he worked in the I.T. department. He was then able to access the company's customer service portal and tweet from various accounts including ones belonging to President Joe Biden, former President Barack Obama, Elon Musk, Kanye West, Bill Gates, Jeff Bezos, Mike Bloomberg, Warren Buffet, Floyd Mayweather, Kim Kardashian, Apple, Uber and others.

The scam netted Clark about $117,000 in Bitcoin which has since been turned over to authorities. 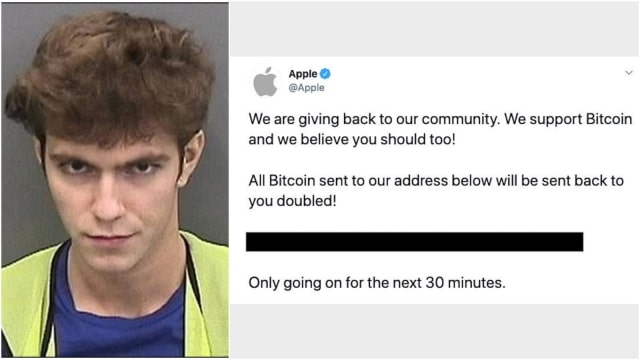