An unreleased iMac likely using Apple Silicon has been spotted in an Xcode crash log by DaftCloud developer Dennis Oberhoff.

Look what just leaked through the Xcode Crashreporter for macOS. iMac - ARM64 :-)

9to5Mac says it was able to verify the crash log as legitimate.

9to5Mac was able to take a look at the crash report file and confirm that the crash did occur on ARM64 (the architecture used by Apple Silicon), and the device family matches iMac, so it’s unlikely to be an indication error.

Apple is widely expected to unveil a major redesign to the iMac in the near future. The device is said to feature a flat back and slimmed down borders, ditching the chin. The new iMac will likely be available in two versions but screen sizes aren't yet known.

A few renders have been published last month that purportedly reveal the new design but we can't verify their accuracy. 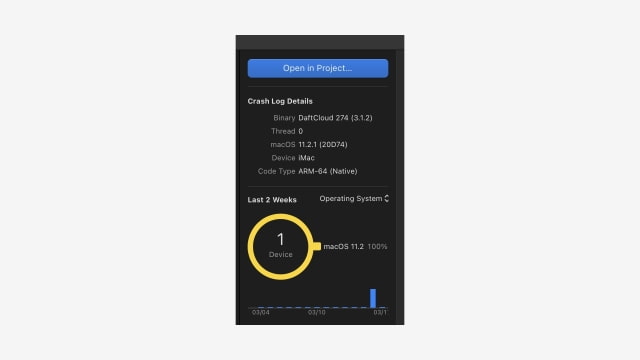