Apple has announced that over 110 of its manufacturing partners are moving to 100% renewable energy for their Apple production, with nearly 8 gigawatts of planned clean energy set to come online. The company says these commitments will avoid over 15 million metric tons of CO2e annually, the equivalent of taking 3.4 million cars off the road each year.

“We are firmly committed to helping our suppliers become carbon neutral by 2030 and are thrilled that companies who’ve joined us span industries and countries around the world, including Germany, China, the US, India, and France,” said Lisa Jackson, Apple’s vice president for Environment, Policy, and Social Initiatives. “In a year like no other, Apple continued to work with a global network of colleagues, companies, and advocates to help make our environmental efforts and everything we do a force for good in people’s lives — and to work alongside the communities most impacted by climate change.”

Last July, the company unveiled its plan to become carbon neutral across its entire business, manufacturing supply chain, and product life cycle by 2030. Since that announcement, Apple has significantly increased the number of its suppliers that are transitioning to renewable energy. Apple is already carbon neutral today for its global corporate operations, and this new commitment means that by 2030, every Apple device sold will have net zero climate impact. The company recently shared new details about its $4.7 billion spend in Green Bonds to support environmental projects around the world. 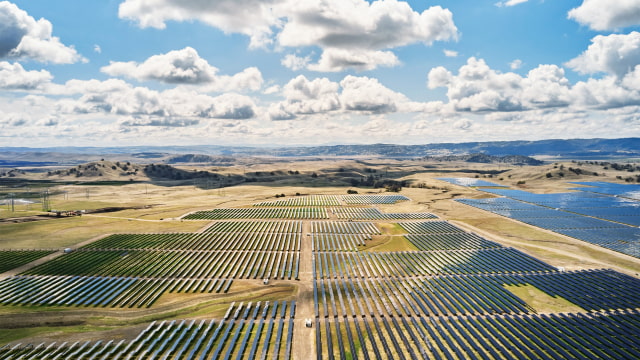 Supplier Commitments and Global Energy Projects
Apple is constantly developing new tools for its suppliers to help execute on their renewable energy goals, and bring new clean energy to communities across the globe. In Europe, DSM Engineering Materials’s wind power purchase agreement is bringing new clean energy to the grid in the Netherlands, and STMicroelectronics’s solar carport in Morocco is supporting regional energy production. Companies like Solvay are now expanding their use of renewable energy to their broader operations after joining Apple’s Supplier Clean Energy Program five years ago. In the US, Alpha and Omega Semiconductor, Marian, The Chemours Company, and Trinseo all recently committed to the program. And, in China, 15 suppliers have joined Apple’s program since July 2020.

Sharing the experience gained through Apple’s own transition to 100 percent renewable energy with its suppliers, the company introduces suppliers to resources and training materials with country-specific information to guide them in their transition to renewables. Apple also educates suppliers through advanced and customized training with leading experts. And the company supports the creation and growth of renewable energy industry associations that its suppliers can join to learn about local opportunities. 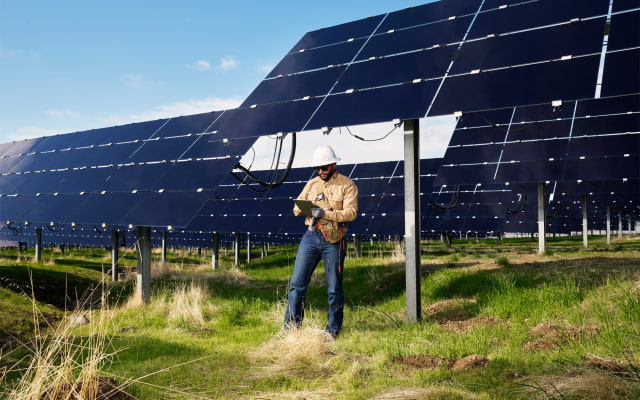 In many markets where the company operates, suppliers have limited options to access clean energy. To break down that barrier, Apple created the China Clean Energy Fund, which enables Apple and its suppliers to invest in clean energy projects totalling more than one gigawatt of renewable energy in China. Apple also connects suppliers with opportunities to buy renewable energy directly from project developers and utilities as those models emerge around the globe.

Looking ahead, Apple’s work with its suppliers will include sharing lessons learned from the next frontier of Apple’s renewable energy efforts: investing in storage solutions for renewable sites. 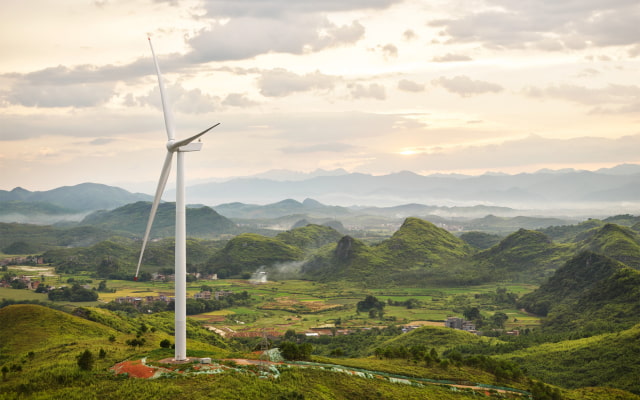 Energy Storage and 2030 Progress
Apple is constructing one of the largest battery projects in the country, California Flats — an industry-leading, grid-scale energy storage project capable of storing 240 megawatt-hours of energy, enough to power over 7,000 homes for one day. This project supports the company’s 130-megawatt solar farm that provides all of its renewable energy in California, by storing excess energy generated during the day and deploying it when it is most needed.

Wind and solar power provide the most cost-effective new source of electricity to many parts of the world, but the intermittent nature of these technologies has presented an obstacle to widespread adoption. One solution to intermittency is energy storage, which can retain generated energy until it is needed. Apple is investing in utility-scale storage in California and research into new energy storage technologies, even as it builds upon distributed storage capabilities in Santa Clara Valley and through Apple Park’s microgrid. 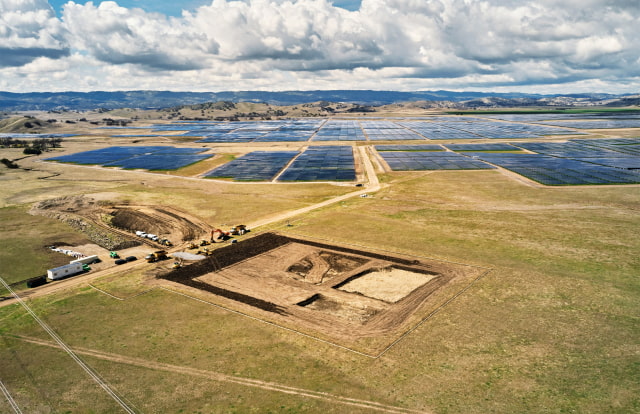