Timeless Classics includes universally loved, quintessential genres with titles like “Good Sudoku by Zach Gage,” “Chess - Play & Learn,” and “Backgammon,” while App Store Greats brings some of the best award-winning games from the App Store to Apple Arcade, including “Threes!,” “Mini Metro,” and “Fruit Ninja Classic,” all ad-free and fully unlocked. These two new categories join Arcade Originals to bring the service’s catalog to over 180 games.

“In its inaugural year, Apple Arcade won over media critics and fans for its creativity, diverse portfolio, and commitment to players’ privacy, providing a safe gaming service to enjoy with family and friends,” said Matt Fischer, Apple’s vice president of the App Store. “Today we’re launching our biggest expansion since the service debuted, now offering more than 180 great games that include new Arcade Originals, Timeless Classics, and App Store Greats. Whether it’s brand new games made exclusively for Arcade like ‘NBA 2K21 Arcade Edition,’ ‘Star Trek: Legends,’ and ‘The Oregon Trail,’ all-time App Store favorites like ‘Monument Valley’ and ‘Threes!,’ or traditional games like ‘Chess’ and ‘Solitaire,’ we have an incredible variety of gameplay experiences for everyone.” 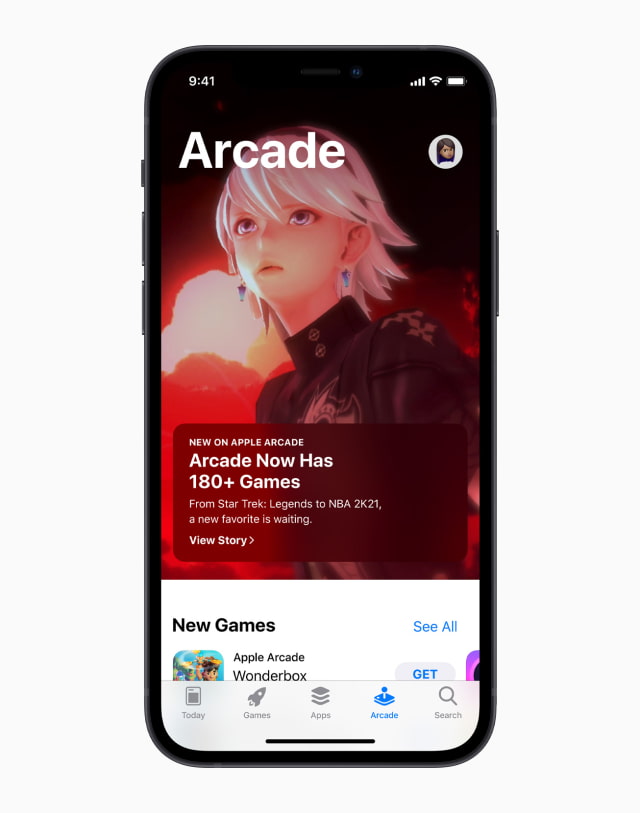 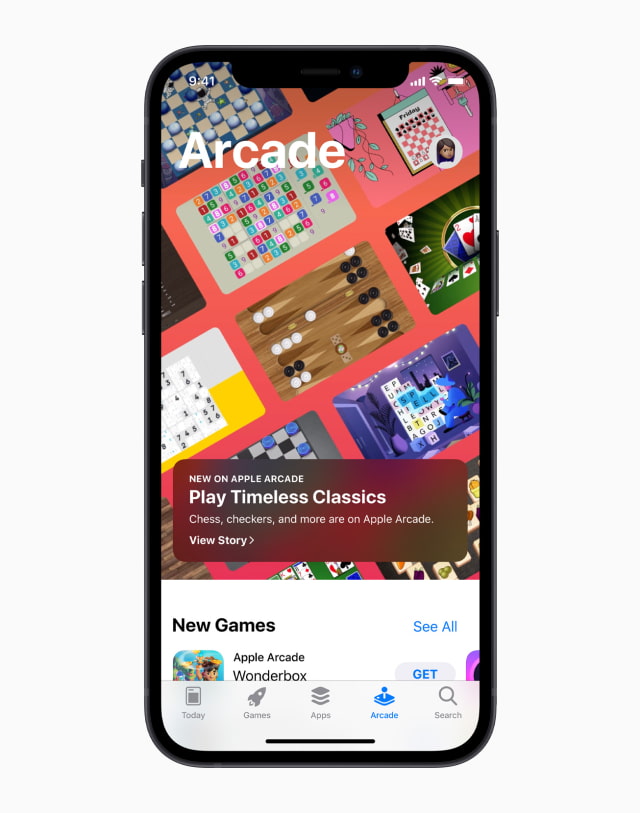 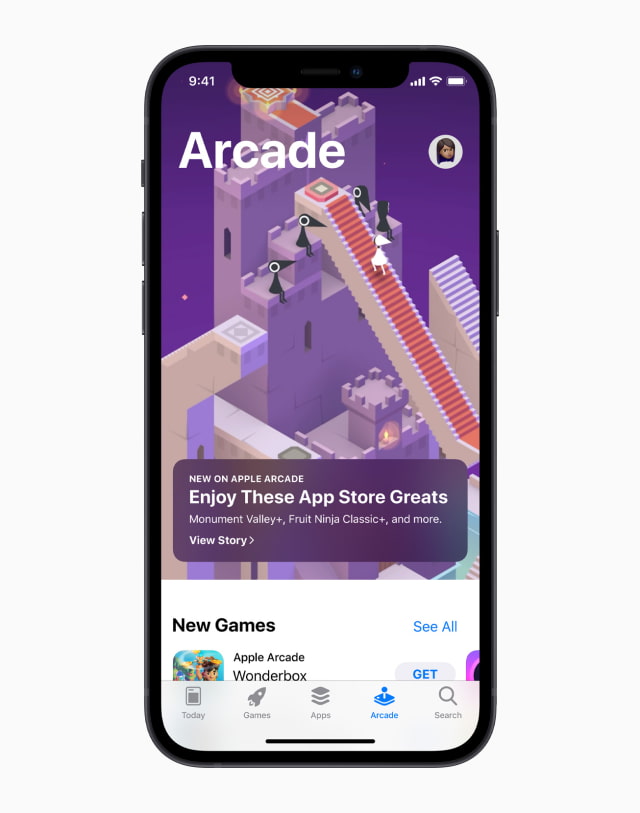 Some of the new Arcade Originals games include: 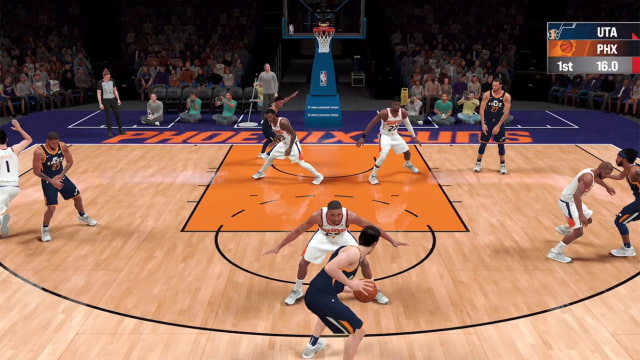 “Simon’s Cat: Story Time” (Tactile Games Limited): The latest game based on the highly popular animated series gives Simon and his cat their biggest challenge yet. When the tranquility of suburban life is threatened by a huge building site, they mobilize the neighbors to help restore the mysterious “wasteland” before the diggers destroy it all. As the clock ticks down, players will solve challenging match-three puzzles to help the community rebuild the gardens under the critical eye of the curmudgeonly next-door neighbor, Mr. Potts, who has a secret ancestral connection to the wasteland, which he intends to keep buried forever. 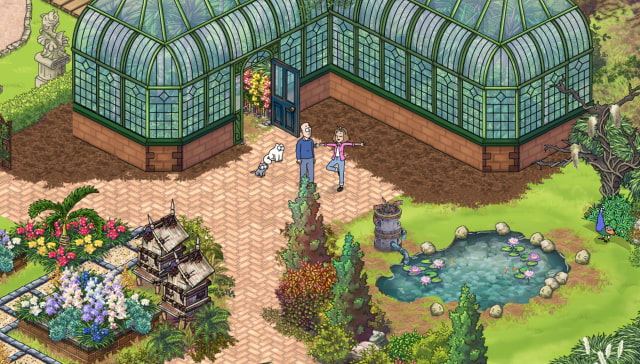 “Star Trek: Legends” (Tilting Point LLC): The fate of the universe is in the player’s hands as they step into the role of their favorite “Star Trek” heroes and villains in the hit franchise’s official team-based RPG. Players will embark on missions, experience epic turn-based combat, and make choices that influence the entire story as they take command of the U.S.S. Artemis. They’ll warp into the Nexus, where they’ll discover new worlds and recruit over 40 of their favorite characters from the entire franchise. Each legend has its own unique set of skills, abilities, and weapons, from Spock’s Vulcan nerve pinch to Worf’s deadly bat’leth. 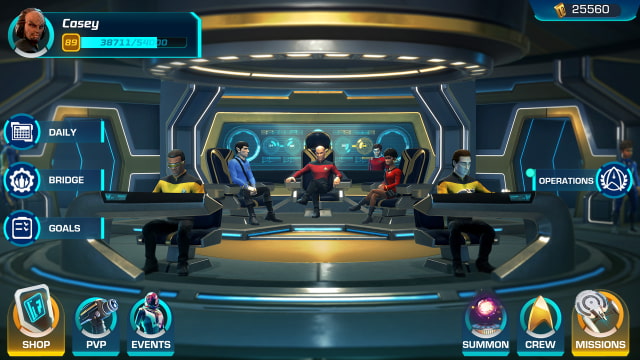 “The Oregon Trail” (Gameloft): A modern twist on the trials and tribulations of the road to Oregon, this official successor to the global phenomenon will immerse players in exhilarating journeys ranging from the historically accurate to the completely wild. Players will pick their traveling party, stock the wagon with supplies, and embark on an adventure filled with tough choices, new dangers, and unexpected situations. With procedurally selected random events where players’ choices affect their party and future game outcome, there’s always a new adventure on the horizon every time they play. 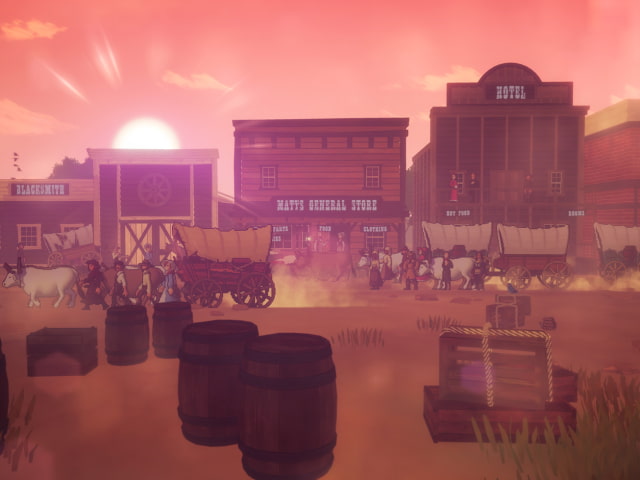 “Cut the Rope Remastered” (Paladin Studios): The adorable Om Nom is back in the glorious 3D remaster of the internationally acclaimed “Cut the Rope” puzzle game. Featuring the most popular levels across the series, as well as an abundance of brand new levels and content, players will cut ropes, avoid obstacles, and use boosters to deliver candy to Om Nom, the little green monster that loves sweets. Fun physics-based gameplay, an adorable main character, and exciting adventures await. 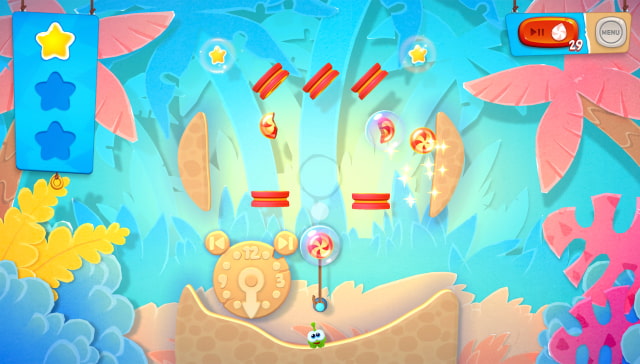 “SongPop Party” (Gameloft): Players will step up and prove their music knowledge with this fast-paced, competitive music-based trivia game. “SongPop Party” is the latest addition to the biggest music trivia franchise in the world, with a huge catalog ranging from cult classics to today’s top hits. Bringing music fans together around the globe, the game pits players’ song knowledge against opponents’ online in the Arena mode, matching them up based on their skill levels and music preferences. Or players can jump into the new local and online multiplayer Party mode to compete with friends and family. 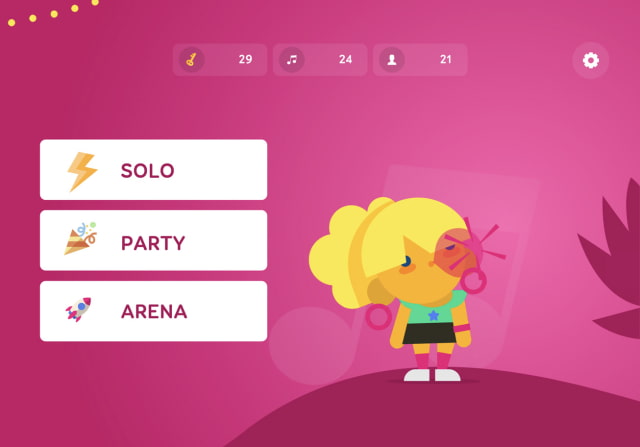 Some of the new Timeless Classics games include:

“Really Bad Chess” (Zach Gage): “Really Bad Chess” is just like chess, but with totally random pieces like eight knights, four bishops, and three pawns. For chess pros, the game will give them a new type of challenge. For novice players, “Really Bad Chess” opens up the game for players to discover the joy of learning how to checkmate in their first games, instead of starting by studying openings. 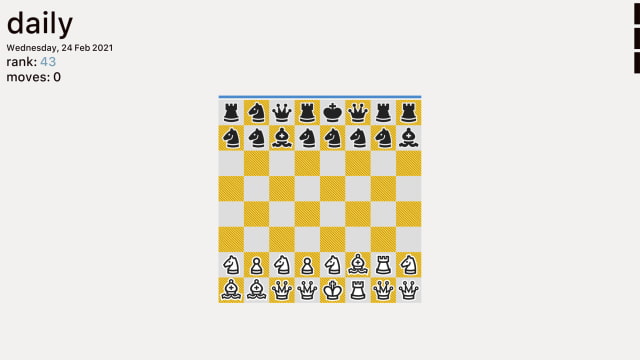 “Sudoku Simple” (MobilityWare): A beginner-friendly sudoku game, “Sudoku Simple” uses color to help players learn this puzzle classic. It’s easy on the eyes, starts out with smaller puzzle grids, and has adjustable levels of difficulty. If players prefer the classic colors and layout, they can simply toggle settings and access the original sudoku style. 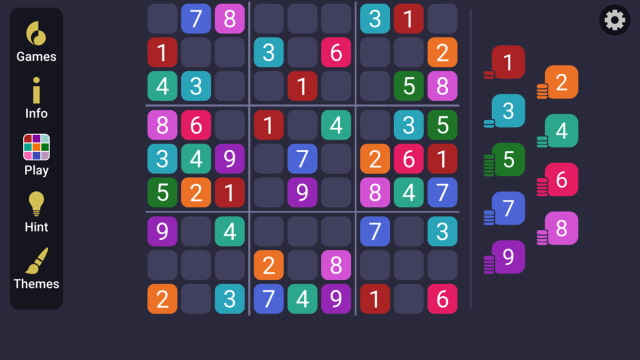 “Backgammon” (Adikus): One of the oldest board games, “Backgammon” features a cool graphic design, soundtrack, and sound effects for gamers to play on their own or online against friends. 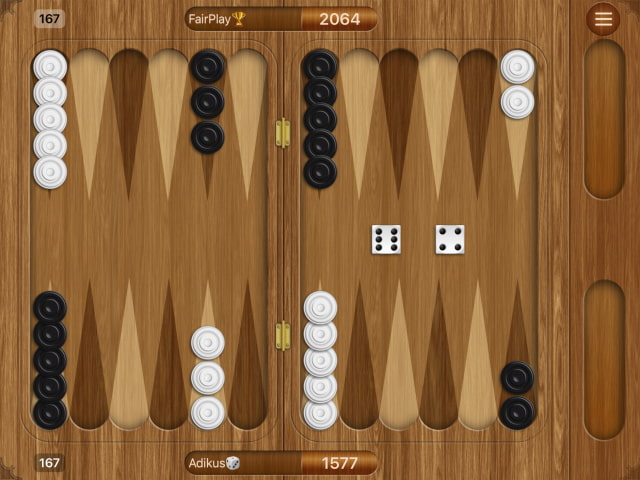 “Tiny Crossword” (PlaySimple Games Pte Ltd): “Tiny Crossword” caters to beginner, intermediate, or expert players with access to thousands of crossword puzzles of varying sizes, covering everything from movies to sports, history, and science. Players looking to keep their brains active and their minds sharp, look no further. 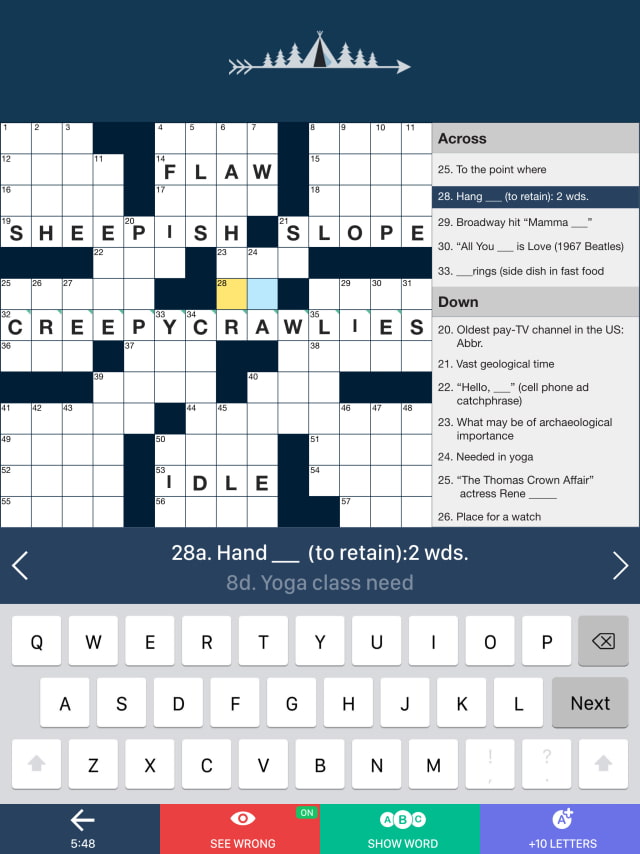 “Solitaire by MobilityWare” (MobilityWare): This solitaire title includes classic gameplay in addition to new modern features. Players can win crowns from daily challenges, enjoy monthly themes and trophies, and work their way up the leaderboards. Or for a more traditional feel, they can simply play Klondike Solitaire the way they’ve always remembered it. 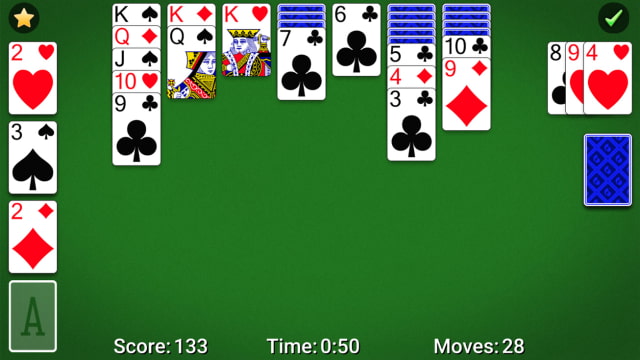 Some of the new App Store Greats games include: 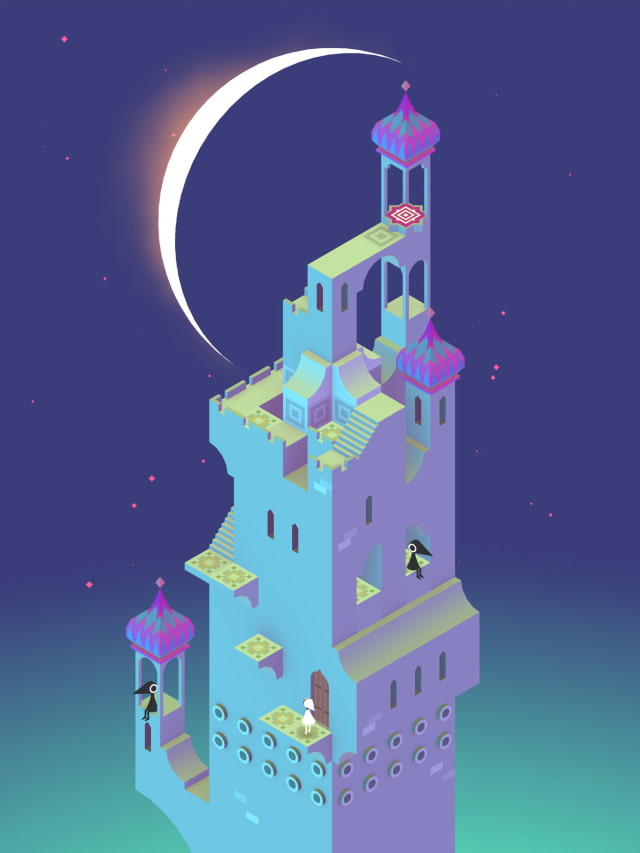 “Mini Metro” (Dinosaur Polo Club): “Mini Metro” is a subway simulation game in which players design the subway map for a growing city. New stations are popping up all the time, and it’s up to the player to draw the routes that connect them. They’ll redraw lines, build tunnels, place precious upgrades, and get everyone where they need to be. 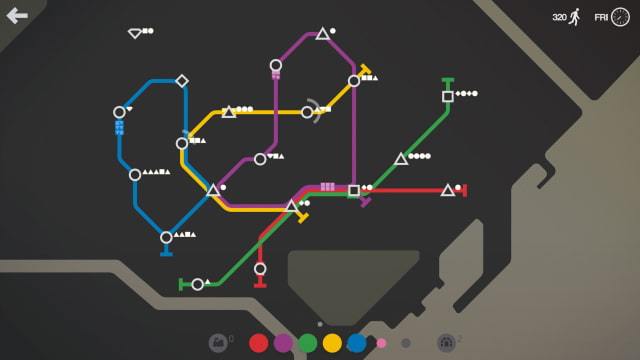 “Threes!” (Sirvo LLC): The original number slider, “Threes!” is a tiny puzzle that grows on the player as they merge small numbers to create bigger numbers, and repeat to avoid gridlock. 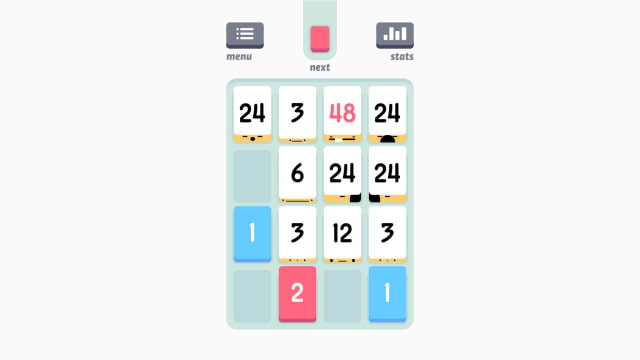 “Fruit Ninja Classic” (Halfbrick Studios): The hit fruit slicing game features multiple modes for players to slice and dice their way to a high score. They can use unique blades and special bananas to maximum effect, and go crazy on the multislice Pomegranate. 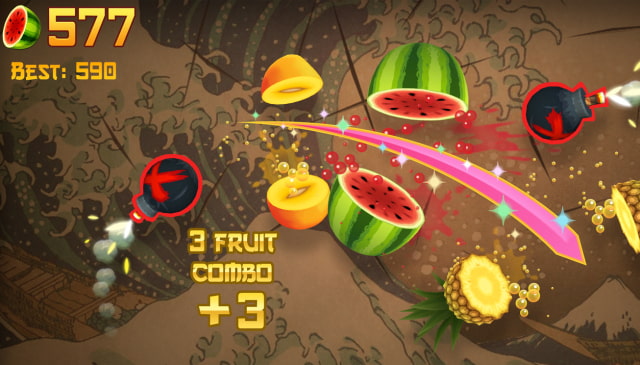 “Chameleon Run” (Noodlecake): “Chameleon Run” is a unique, fast, and challenging autorunner with a colorful twist. The goal is for players to switch their color to match the ground as they run and jump through expertly crafted levels to achieve the fastest time. 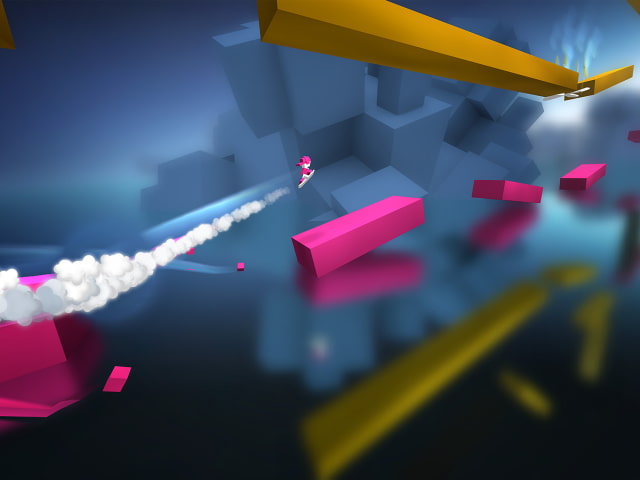 Pricing and Availability
● Apple Arcade is available for $4.99 per month with a one-month free trial. Customers who purchase a new iPhone, iPad, iPod touch, Mac, or Apple TV receive three months of Apple Arcade for free.
● Apple Arcade is part of Apple One’s Individual ($14.95), Family ($19.95), and Premier ($29.95) monthly plans, with a one-month free trial.
● Providing a fun and safe platform for families around the world who are looking for great interactive entertainment, an Apple Arcade subscription gives a family of up to six unlimited access to all the games in its catalog.
● Additional games launching today include Arcade Originals “FANTASIAN,” “Wonderbox: The Adventure Maker,” “World of Demons,” “Clap Hanz Golf,” and “Taiko no Tatsujin: Pop Tap Beat”; Timeless Classics “Checkers Royale,” “Chess - Play & Learn,” “Flipflop Solitaire,” “Good Sudoku by Zach Gage,” “SpellTower,” and “Mahjong Titan”; and App Store Greats “BADLAND,” “Blek,” “Don’t Starve: Pocket Edition,” “Reigns,” and “The Room Two.”
● Titles coming soon to the service include “Legends of Kingdom Rush,” “Frenzic Overtime,” and “Leo’s Fortune.”
● Game availability for the 180 titles across devices varies based on hardware and software compatibility. Some content may not be available in all areas.
Follow iClarified
Comments
Recent