A database containing the data of 533 million Facebook users has been leaked online, reports Alon Gal CTO of Hudson Rock.

According to Gal, "Bad actors will certainly use the information for social engineering, scamming, hacking and marketing."

While the full database was just recently leaked, the information is from a hack in 2019.

"This is old data that was previously reported on in 2019. We found and fixed this issue in August 2019," said Facebook spokesperson Liz Bourgeois.

Previously, the data was being sold via a Telegram bot that let users to query the database for a low fee. Now that it's fully out in the open, it's more likely your data could be used maliciously. 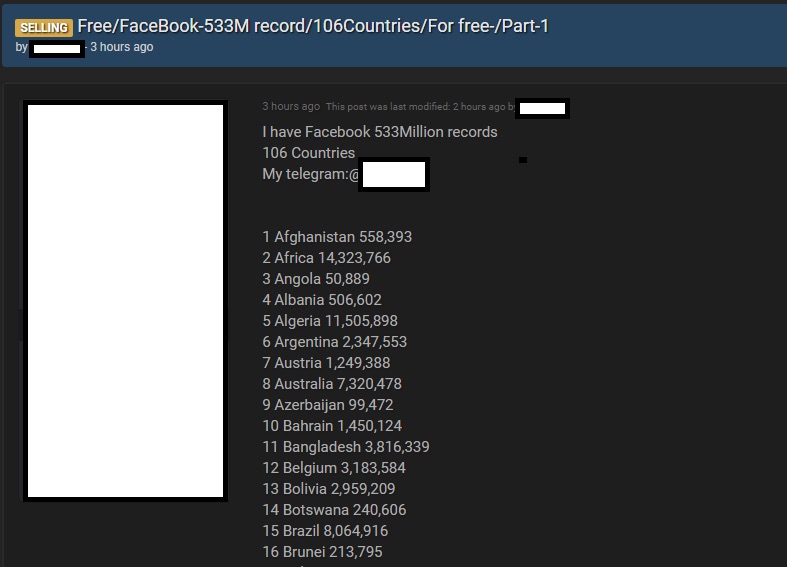 aw13 - April 6, 2021 at 12:29pm
Facebook, in my opinion, is one of the worst things to hit the internet. And that is keeping viruses and malware in mind. I despise Facebook.
Reply · Like · Mark as Spam

McApple1 - April 6, 2021 at 5:35am
Glad to be off of something *uckerberg was originally against. Better enjoy the moola while it lasts.
Reply · Like · Mark as Spam