Apple plans to launch a foldable iPhone with an 8-inch OLED display in 2023, according to a new report from analyst Ming-Chi Kuo.

Based on our latest industry survey, we forecast that Apple will likely launch a foldable ‌iPhone‌ with an 8-inch QHD+ flexible OLED display in 2023, with SDC as the exclusive display supplier and Samsung Foundry as the exclusive DDI foundry provider. Based on Apple's requested capacity plan, we predict that the foldable ‌iPhone‌ shipments will reach 15-20 million units in 2023. We expect that the foldable ‌iPhone‌ will adopt TPK's silver nanowire touch solution because of its several advantages over SDC's Y-Octa technology.

Kuo says Apple will be the 'biggest winner' in the foldable trend with its device generating the next 'super replacement cycle' for users with high-end devices.

It's believed that Apple will use silver nanowire touch for its display. This technology supports a display that can fold multiple times. Apple is apparently using this tech already in the touch interface of the HomePod allowing it to 'master the technology' at a low volume and cost.

Future foldable devices will require touch technology that supports multiple folds (vs. only a single fold in current foldable smartphones), rollable, medium to large size display, and durability. When comparing the advantages of the above specifications, the silver nanowire is similar or superior to SDC's Y-Octa. 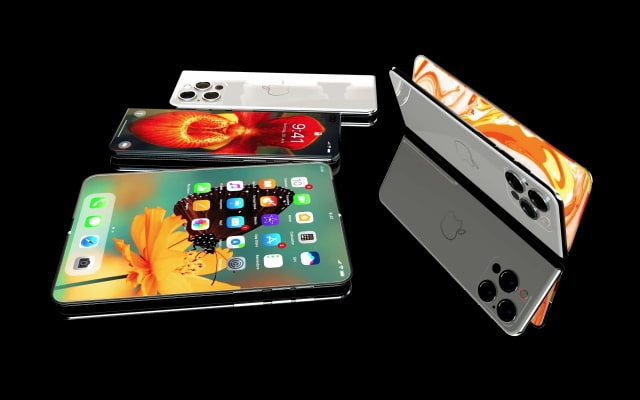