As part of its broader home, audio and accessories strategy, Apple has also begun early development of a HomePod speaker with a built-in screen as well as a device that combines the features of a HomePod, FaceTime camera and Apple TV, Bloomberg News has reported. Competition for speakers with screens is already widespread. Apple released a HomePod mini speaker last year and outlined a minor update to the Apple TV set-top box last month.

Amazon has long dominated the smart display business with its line of Echo Show devices. While Apple's iPad Pro can function as smart display of sorts, a standalone device would likely be popular with customers and help Apple expand its Smart Home presence. A HomePod/FaceTime/Apple TV device could also appeal to customers who use video conferencing a lot. 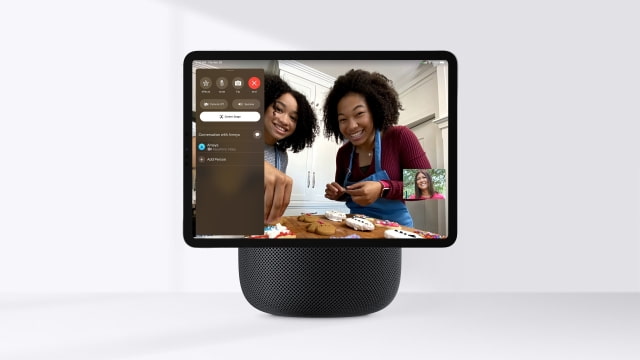