Apple has announced that season two of 'The Morning Show' will premiere on September 17, 2021.

Starring and executive produced by Jennifer Aniston and Reese Witherspoon, the broadly acclaimed drama that unveils the power dynamics in the workplace between women and men, and women and women, makes its return on Friday, September 17, 2021 on Apple TV+. The 10-episode second season will premiere with the first episode, followed by one new episode weekly, every Friday. 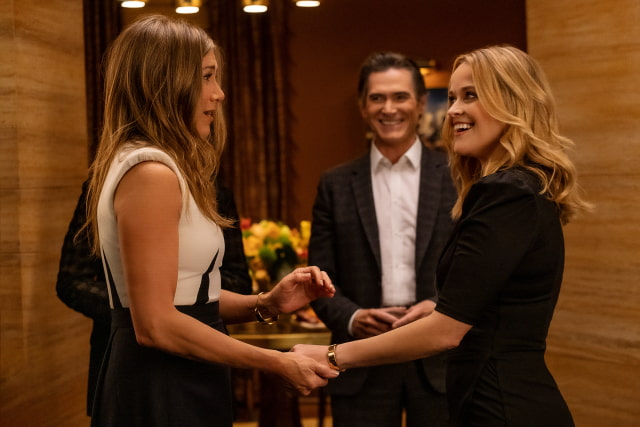 Picking up after the explosive events of season one, season two finds “The Morning Show” team emerging from the wreckage of Alex (Aniston) and Bradley’s (Witherspoon) actions, to a new UBA and a world in flux, where identity is everything and the chasm between who we present as and who we really are comes into play. Along with Aniston and Witherspoon, the star-studded returning cast includes Steve Carell, Billy Crudup, Mark Duplass, Nestor Carbonell, Karen Pittman, Bel Powley, Desean Terry, Janina Gavankar, Tom Irwin and Marcia Gay Harden. Joining the cast for season two are Greta Lee as Stella Bak, a tech world wunderkind who has joined the UBA executive team; Ruairi O’Connor as Ty Fitzgerald, a smart and charismatic YouTube star; Hasan Minhaj as Eric Nomani, a new member of “The Morning Show” team; Emmy Award winner Holland Taylor as Cybil Richards, the savvy chairwoman of the UBA board; Tara Karsian as Gayle Berman, a news producer; Valeria Golino as Paola Lambruschini, a documentary filmmaker; and, Emmy and SAG Award winner Julianna Margulies as Laura Peterson, a UBA news anchor.

Developed by Kerry Ehrin, who serves as showrunner and is an executive producer, “The Morning Show" is executive produced by Michael Ellenberg through Media Res, which also serves as the studio, along with Aniston and Kristin Hahn through Echo Films; Witherspoon and Lauren Neustadter through Hello Sunshine; and Mimi Leder, who also directs several episodes.

Take a look at the teaser trailer below...