Ray-Ban and Facebook have announced the launch of 'Ray-Ban Stories', new smart glasses that allow users to capture photos and video, share with friends, and make calls.

Leading Ray-Ban Stories’ product lineup with the most recognizable style, an icon since the 1950’s is Wayfarer and Wayfarer Large. Facebook and EssilorLuxottica, Ray-Ban’s parent company, were able to engineer smart technology to support all-day wear, including an optimized Snapdragon processor, without compromising style, comfort, and aesthetic, but most of all the weight, with just 5gr more than a standard pair of Ray-Ban Wayfarer. 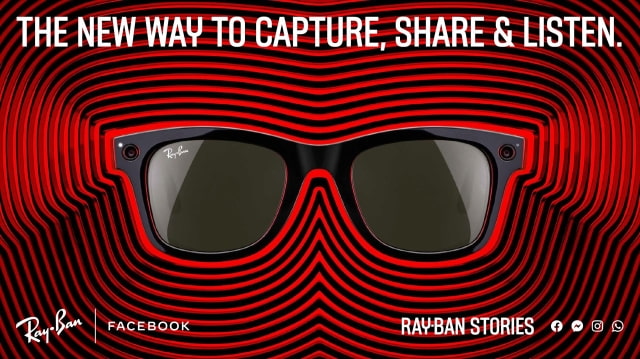 Ray-Ban Stories include a dual integrated 5MP camera to capture photo and video; discreet open-ear speakers to listen, and a three-microphone audio array to deliver rich voice and sound transmission for calls and videos.

Ray-Ban Stories launches in conjunction with a companion app, Facebook View (iOS and Android), offering an easy way to import, edit, and share content captured on the smart glasses with the ability to upload on any social app stored on your phone including Facebook, Instagram, WhatsApp, Messenger, Twitter, TikTok, Snapchat, and more.

“We are incredibly proud to bring Ray-Ban Stories to life with our partners at Facebook,” said Rocco Basilico, Chief Wearables Officer at EssilorLuxottica. “This is a milestone product that proves consumers don’t have to choose between technology and fashion - they can live in the moment and stay connected while wearing their favorite style of Ray-Ban’s. Our unique approach, combining decades of superior craftsmanship, a dedicated spirit of innovation and a commitment to delivering only cutting edge technology has resulted in a wearable that people will truly love wearing.” 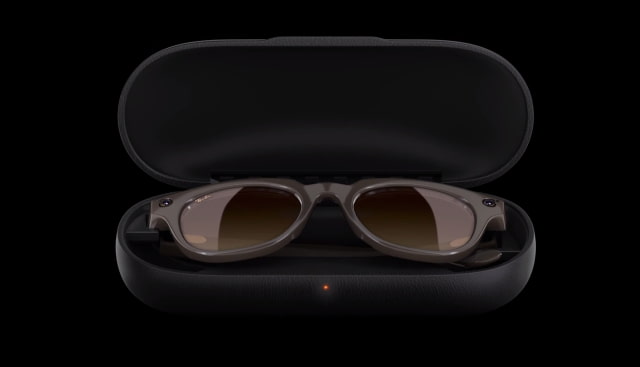 “Ray-Ban Stories is designed to help people live in the moment and stay connected to the people they are with and the people they wish they were with. EssilorLuxottica has been nothing short of stellar in this partnership and through their commitment to excellence we were able to deliver on both style and substance in a way that will redefine the expectations of smart glasses. We're introducing an entirely new way for people to stay connected to the world around them and truly be present in life's most important moments, and to look good while doing it,” said Andrew Bosworth, Vice President, Facebook Reality Labs.

Ray-Ban Stories are also being offering in a variety of other iconic styles such as the legendary, retro Round and the super iconic Meteor. The glasses start at $299 (CAD 369, EUR 329, GBP 299, AUD 449). They're also available with various lenses including sun, prescription, polarized, gradient, Transitions and clear.

Ray-Ban Stories will be available at Ray-Ban stores and Ray-Ban.com beginning on September 9th in the US, UK, Italy, Australia, Ireland and Canada. On Monday, September 13th they will be available at select Luxottica retail banners including SunglassHut, LensCrafters, OPSM, David Clulow and Salmoiraghi & Viganò and soon after available also at selected wholesale clients.