In a statement following the verdict of the Epic Games vs Apple antitrust case, Apple declared the result a 'resounding victory' for the company.

The judge sided with Apple on all accounts except one, issuing a permanent injunction that says Apple must allow developers to link outside payment methods and communicate with their customers.

-----
We are very pleased with the Court’s ruling and we consider this a huge win for Apple. This decision validates that Apple’s “success is not illegal,” as the judge said. As the Court found “both Apple and third-party developers like Epic Games have symbiotically benefited from the ever-increasing innovation and growth in the iOS ecosystem.”

We are still analyzing the decision which is 180 pages long but the headline is that Apple’s App Store business model has been validated. The Court correctly rejected Epic’s “artificial” view of the competitive environment in which Apple operates and determined that “developers like Epic Games have benefited from Apple’s development and cultivation of the iOS ecosystem, including its devices and underlying software.” Underlying the App Store business is a framework, including App Review, curation and protection of the security and privacy of our users. The Court has ruled that this framework is lawful and Apple was justified in terminating Epic’s status as a developer on the App Store. Apple’s rigorous process for app review protects consumers. As the Court observed, “security and privacy have remained a competitive differentiator for Apple.” The Court agreed, and I quote, that “by providing these protections, Apple provides a safe and trusted user experience on iOS, which encourages both users and developers to transact freely and is mutually beneficial.” Importantly, the Court also recognized the value of Apple’s ever-increasing innovation and growth of the iOS ecosystem.

In short, this is a resounding victory and underscores the merit of our business both as an economic and competitive engine.
----- 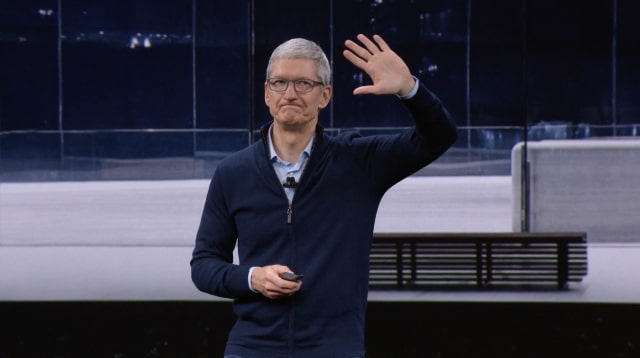