Apple has introduced a 140W power adapter for its new 16-inch MacBook Pro.

The company confirmed to The Verge that the brick is its first gallium nitride (GaN) charger. It also revealed that the adapter uses the USB-C Power Delivery 3.1 standard. This means that customers will be able to use third party chargers on the new MacBook Pro and use Apple's charger on other devices.

Notably, Apple also disclosed that while any Thunderbolt 4 port can be used to charge its new laptops, the 16-inch MacBook Pro requires MagSafe for fast charging as Thunderbolt 4 is limited to 100W.

As well as the specs of the charging brick, Apple also confirmed that any of the new MacBooks’ Thunderbolt 4 ports can be used to charge the laptops. On the 14-inch MacBook Pro, these ports can be used for fast charging; but fast charging the 16-inch MacBook Pro requires using MagSafe 3 and the 140W adapter because the Thunderbolt 4 predates the USB-C PD 3.1 standard and tops out at 100W. Lower wattage chargers will be able to provide power to the MacBooks, but Apple says charging may be slower or could even result in power drain if the laptop is using more power than it’s being provided.

Finally, Apple also said that the magnets used for MagSafe are stronger than previous generations.

You can purchase the new 140W USB-C Power Adapter from the link below for $99. The 14-inch MacBook Pro comes with either a 67W or 96W power adapter depending on whether you get an M1 Pro or M1 Max chip. 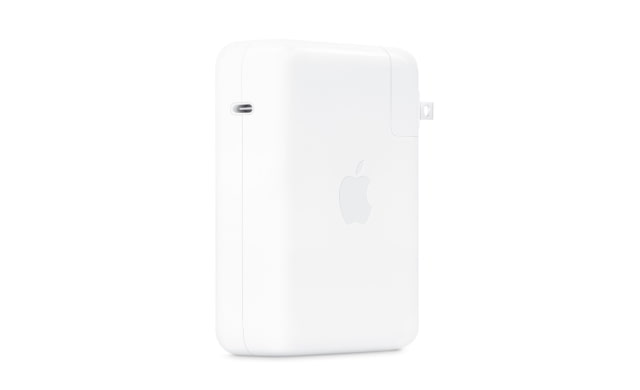