Apple has announced its list of this year's best and most popular podcasts.

Each year, Apple recognizes the best and most popular podcasts for their exceptional content, unique ability to engage audiences, and innovation in craft, spanning production, presentation, sound design, and more, that expand the definition of podcasting and deepen its impact on listeners worldwide. This year, Apple Podcasts Best of 2021 features shows and creators that provided listeners with a powerful sense of connection in a challenging and uncertain time, curated by Apple Podcasts’ world-class editorial team.

Apple Podcasts is pleased to recognize “A Slight Change of Plans” with Maya Shankar from Pushkin Industries as Best Show of the Year, and “Anything for Selena” with Maria Garcia from WBUR and Futuro Studios as Newcomer of the Year. These deeply personal yet universally relatable shows grapple with profound change, perceptions of identity and self-worth, and the meaning of belonging, with thought-provoking discussions that reflect the human experience.

“2021 marked the start of a new chapter for podcasting with shows that moved us in ways unlike ever before,” said Oliver Schusser, Apple’s vice president of Apple Music and Beats. “We are honored to recognize the phenomenal creators who are redefining podcasting with this year’s best shows, and to help more listeners around the world discover, enjoy, and support their inspiring work.” 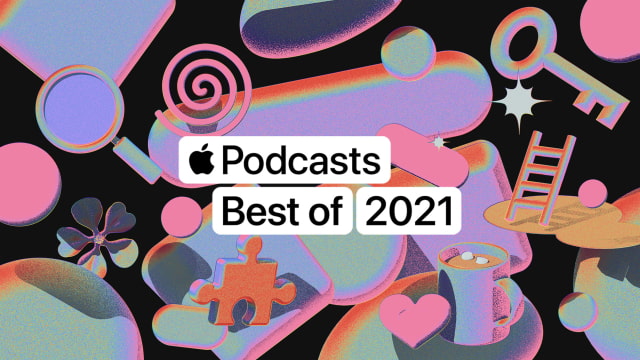 Best Show of the Year: “A Slight Change of Plans” with Maya Shankar
Maya Shankar is no stranger to change. Before she was a cognitive scientist who founded the White House Behavioral Science Team and served as the first Behavioral Science Advisor to the United Nations, she had a different plan. “My whole childhood revolved around the violin, but that changed in a moment when I injured my hand playing a single note,” said Shankar, who was a student of Itzhak Perlman at The Juilliard School at the time. “I was forced to try and figure out who I was, and who I could be, without it.”

“A Slight Change of Plans” blends compassionate storytelling with the science of human behavior to help listeners navigate their own big change. “It’s easy for us to feel overwhelmed by any given change. I’ve often found myself thinking, ‘I’ve never gone through this particular change before — what do I do?’” Shankar said. “But while our changes may appear different on the surface, cognitive science teaches us that the strategies we use to navigate those changes can be quite similar. Which is heartening to realize! It means we can learn from changes that don’t look like ours.”

The show features stories about all sorts of change, from Tiffany Haddish discussing how she navigated the foster care system and discovered that she had a rare gift that would change her life, to John Elder Robison, who underwent experimental brain treatment to try and increase his emotional sensitivity. The show dives deep into the science of change with experts like Adam Grant and Angela Duckworth, and features illuminating conversations with Oscar-nominated actor Riz Ahmed, Grammy winner Kacey Musgraves, professional rock climber Tommy Caldwell, and other real-life inspirations like Shankar herself, who had her own slight change of plans earlier this year. 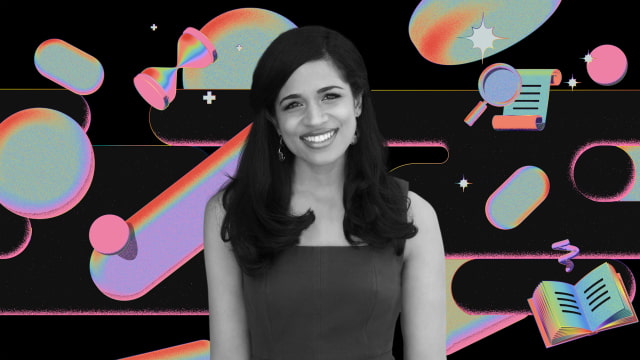 Newcomer of the Year: “Anything for Selena” with Maria Garcia
“Anything for Selena” asks profound questions about belonging. “I loved Selena since I was 7 years old,” said journalist Maria Garcia. “I couldn’t articulate this when I was younger, but I felt a profound sense that she mattered — not just because of her music, but because of her expansive cultural impact.”

That set Garcia on a personal quest, leading her to ask questions about Latino fatherhood, fraught relationships with race and language, and her own identity. “We tried to make meaning of Selena’s life and legacy,” she said. “I wanted to write her a love letter, an ode, a beautiful story.”

“We started production in the summer of 2020,” Garcia added. “I recorded the show with just my microphone and MacBook in my walk-in closet, which we padded for crisp sound, so the podcast truly came together in the thick of the pandemic. It felt natural to use the tools of my craft — rigorous reporting, vulnerable storytelling, cultural analysis — to do Selena’s legacy justice, to prove that she left an indelible mark on Latino identity and American belonging. And so many people wrote to tell me that the podcast made them feel seen.” 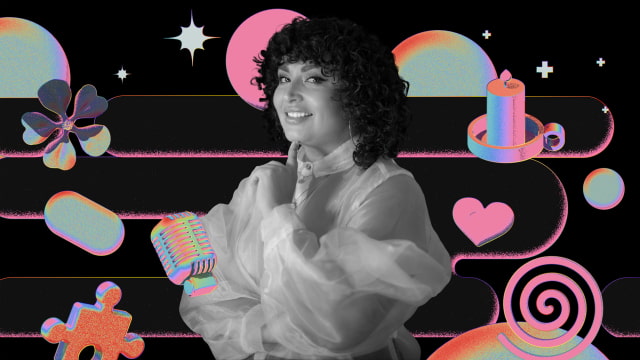 In addition to Best Show of the Year and Newcomer of the Year, Apple recognized a curated collection of shows and episodes that defined and reflected 2021.

Shows of the Year
● “A Kids Book About: The Podcast” with Matthew Winner, for taking a thoughtful, friendly, and considered approach to explaining the big things in life — fear, failure, and divorce, for instance — but also activism, sharing, and money, to kids.
● “Anything Goes with Emma Chamberlain,” for making listeners feel as though they’re her best friend, helping them through doubt and sadness with her unique frankness, keen observations, and genuine affection.
● “Good Inside with Dr. Becky,” for Becky Kennedy’s calming, validating voice to parents everywhere, acknowledging that if this time (and parenting generally) feels hard, that’s because it is.
● “Las Culturistas with Matt Rogers and Bowen Yang” from Will Ferrell’s Big Money Players Network, for a joyfully escapist experience that takes listeners on a quirky, hilarious, and unforgettable journey into the beating heart of culture.
● “Pantsuit Politics” with Sarah Stewart Holland and Beth Silvers, for offering a unique approach to the news and politics through grace-filled conversations that unpack the valid, complicated, hard differences that persist in this moment.
● “Teenager Therapy” with Gael Aitor, Kayla Suarez, Mark Hugo, and Thomas Pham, for reminding everyone that direct, vulnerable conversations among friends — no matter the issue — is the best medicine.
● “The Experiment” from The Atlantic and WNYC Studios with Julia Longoria, for elucidating the notion that countries — like people — are unfinished works in progress, and facilitating a dialogue about what it means to be a citizen.
● “The Midnight Miracle” from Luminary with Talib Kweli, yasiin bey, and Dave Chappelle, for a completely original experience that transports listeners into the room with remarkable energy from its hosts and very special guests.
● “This Land” from Crooked Media with Rebecca Nagle, for investigating and explaining the experiences of Native Americans to recontextualize America’s understanding of its own history.
● “U Up?” with Jordana Abraham and Jared Fried, for exploring the very real — often hilarious — concerns of trying to find a partner, with banter that keeps listeners coming back no matter their relationship status. 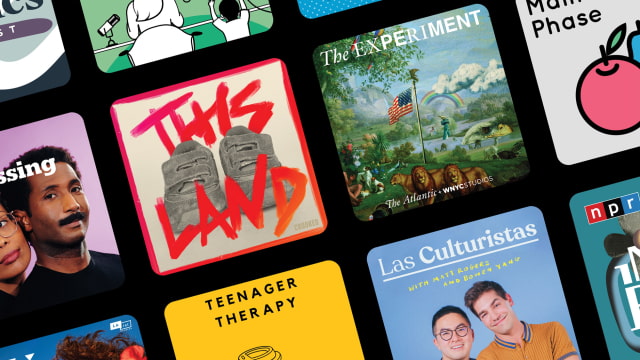 Episodes of the Year
● “A Friendly Ghost Story,” about a painful, personal ghosting experience that explores the complexity of human relationships, from “Invisibilia” with Yowei Shaw and Kia Miakka Natisse by NPR.
● “Bubba Wallace,” from Club Shay Shay by FOX Sports, which sees host Shannon Sharpe and Bubba Wallace, a Daytona 500 runner-up and the first African American driver to win Rookie of the Year in a NASCAR series, discuss the intersection of sports, politics, entertainment, and humanity.
● “Glorious Basterds,” about a chance encounter with Paul Rudd at a movie theater that causes a formerly devout Jehovah’s Witness to rethink her future and embark on a new life, from “Storytime with Seth Rogen” by Earwolf.
● “How Do I Love Someone?” a nonfiction rom-com about love during the pandemic, from “WILD” with Megan Tan by LAist Studios and KPCC.
● “My Parents, Ellen and Tom,” a clear-eyed gem of an episode that sees host Ian Coss examine divorce by interviewing his parents about how and why their marriage ended without anger or recrimination, from “Forever is a Long Time.”
● “The Body Mass Index,” about the complicated history of the BMI and the “obesity epidemic,” from “Maintenance Phase” with Aubrey Gordon and Michael Hobbes.
● “The People in the Neighborhood,” which examines the murder of George Floyd through the neighbors who bore witness to it, from “Still Processing” with Jenna Wortham and Wesley Morris by the New York Times.
● “The Symphony,” a mesmerizing, lyrical trip featuring Kevin Hart, Questlove, Mo Amer, Bill Burr, Pras, Michelle Wolf, and Jon Stewart, from “The Midnight Miracle” with Talib Kweli, yasiin bey, and Dave Chappelle, by Luminary.
● “The Unwritten Rules of Black TV,” which traces the cyclical, uneven history of Black representation on television, from “The Experiment” with Hannah Giorgis by The Atlantic and WNYC Studios.
● “This Strange Story,” about people who were completely cut off from the world when 9/11 happened and how they processed it, from “9/12” with Dan Taberski by Wondery and Pineapple Street Studios.

Apple Podcasts Charts
Apple Podcasts also published new charts today, highlighting the most popular new shows, free channels, and individual shows and channels with subscriptions that launched this year in the US. Listeners can browse these new charts, plus those for all Top Shows and Top Episodes, at apple.co/podcasts.