Apple has announced the 2021 App Store Award winners, recognizing the fifteen best apps and games of the year.

This year’s winners include developers from around the world whose apps and games were selected by Apple’s global App Store editorial team for delivering exceptional quality, innovative technology, creative design, and positive cultural impact.

“The developers who won App Store Awards in 2021 harnessed their own drive and vision to deliver the best apps and games of the year — sparking the creativity and passion of millions of users around the world,” said Tim Cook, Apple’s CEO. “From self-taught indie coders to inspiring leaders building global businesses, these standout developers innovated with Apple technology, with many helping to foster the profound sense of togetherness we needed this year.”

This year’s best apps and games offered extraordinary experiences across Apple devices. Ten years after its App Store debut, Toca Life World is masterfully iterating on the art of play and self-expression for kids. The developers behind DAZN guided local sport culture into the global spotlight for everyone to enjoy, while Carrot Weather brought its best-in-class meteorological forecasts — and the witty character behind it — to users’ wrists. LumaFusion made video editing faster, less intimidating, and more portable for creators at every level, and Craft creatively enabled efficiency and artistry through a notebook with seemingly limitless capabilities. The incredible graphics and rich storylines woven into “League of Legends: Wild Rift,” “MARVEL Future Revolution,” “Myst,” “Space Marshals 3,” and Apple Arcade’s “Fantasian” transported players of all ages into immersive gaming experiences. 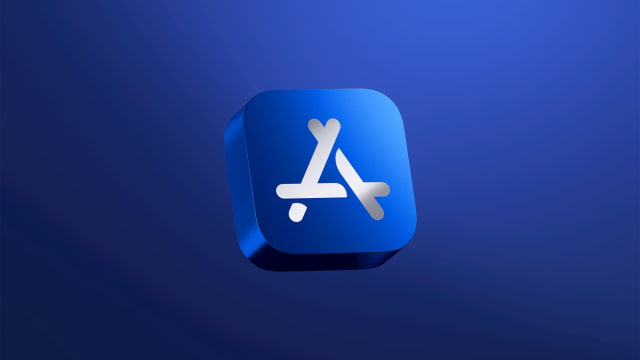 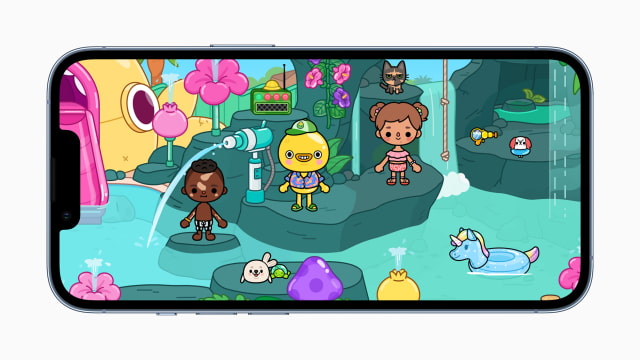 ● iPad App of the Year: LumaFusion, from LumaTouch. 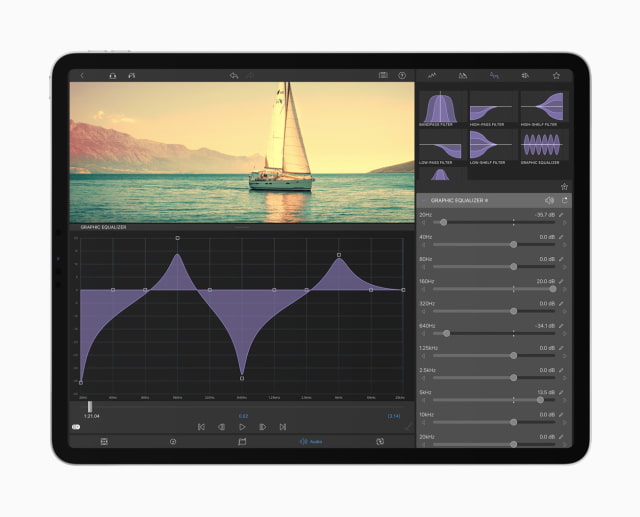 ● Mac App of the Year: Craft, from Luki Labs Limited. 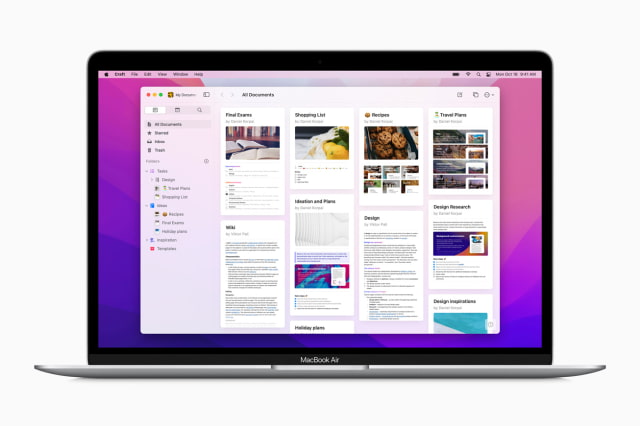 ● Apple TV App of the Year: DAZN, from DAZN Group. 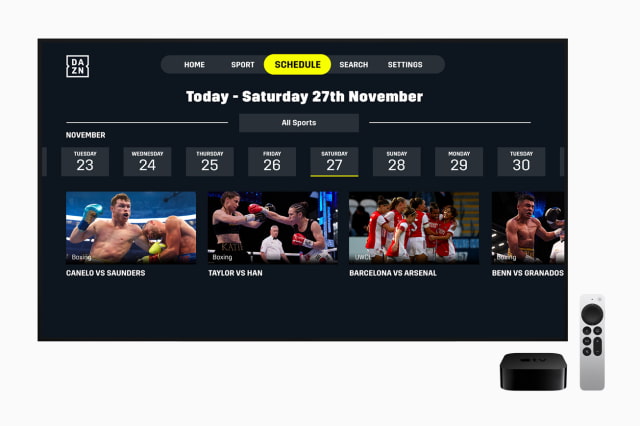 ● Apple Watch App of the Year: Carrot Weather, from Grailr. 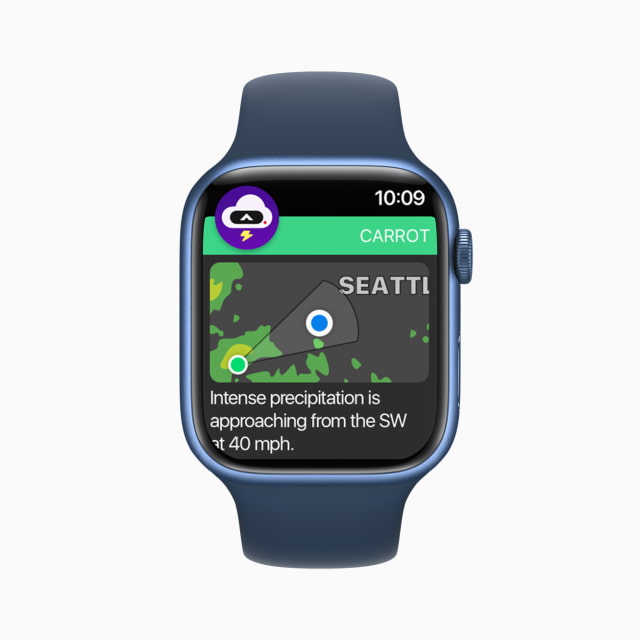 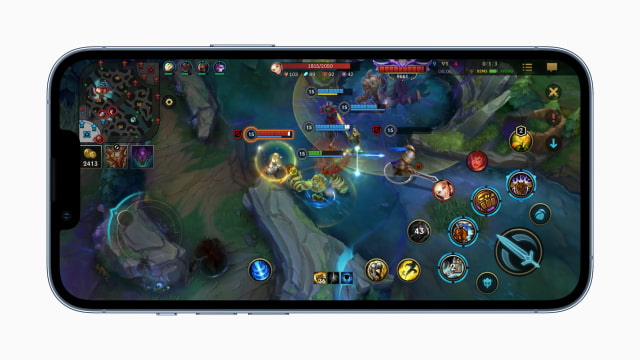 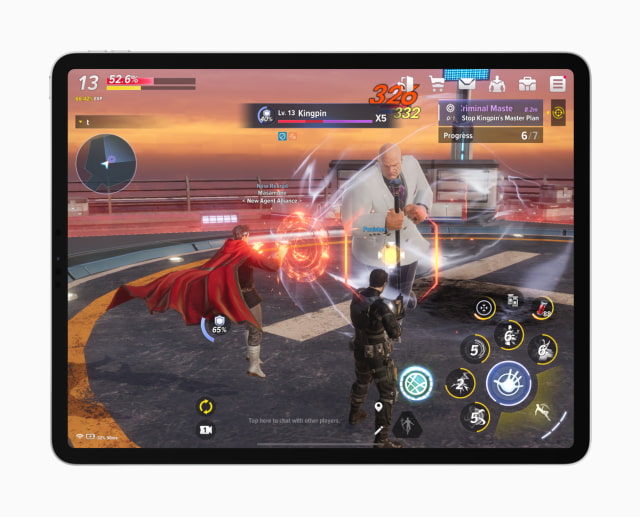 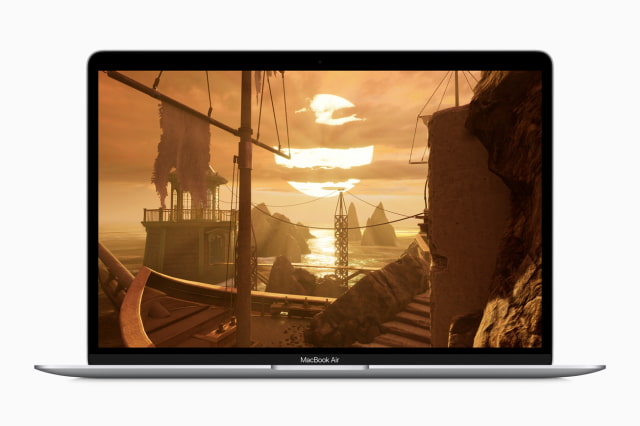 ● Apple TV Game of the Year: “Space Marshals 3,” from Pixelbite. 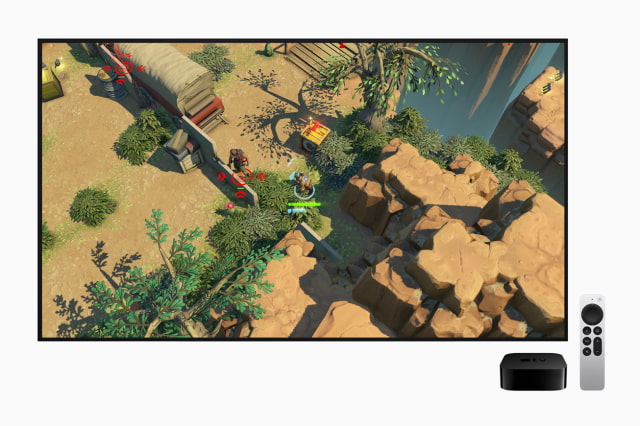 ● Apple Arcade Game of the Year: “Fantasian,” from Mistwalker. 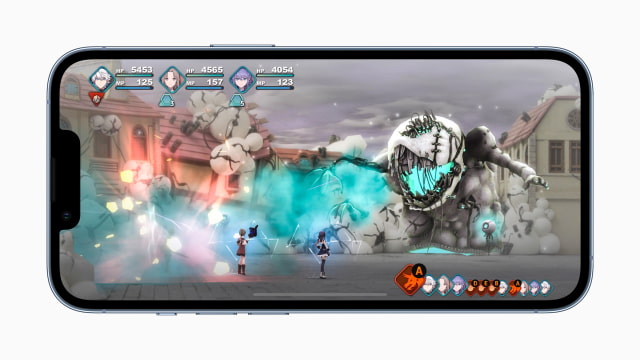 Trend of the Year: Connection
In addition to recognizing the best apps and games on Apple devices, Apple’s global App Store editors name a Trend of the Year. The goal is to identify a movement that had lasting impact on people’s lives, and to recognize the standout apps and games that met that moment. The top trend of 2021 is “Connection.” This year’s trend winners brought people together in meaningful ways — while meeting social, personal, and professional needs for users around the world.

“Among Us!” From Innersloth
With a mix of cooperation and competition, “Among Us!” cultivated community through bite-size matches that urged users to talk — and listen — to each other via banter, bluffing, and teamwork. 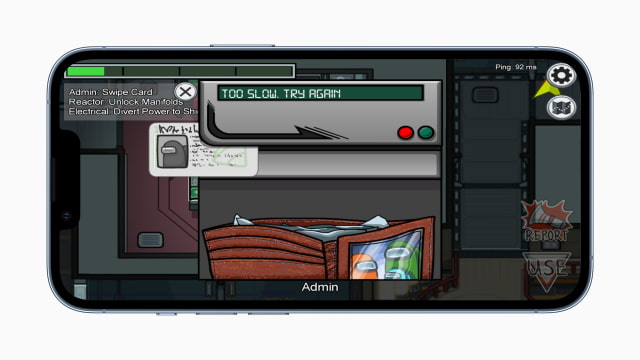 Bumble, from Bumble Inc.
Bumble met the moment by adding and enhancing features designed to bridge the gap for users hoping to date, forge platonic friendships, and broaden their professional networks — all while fostering women-powered conversations. 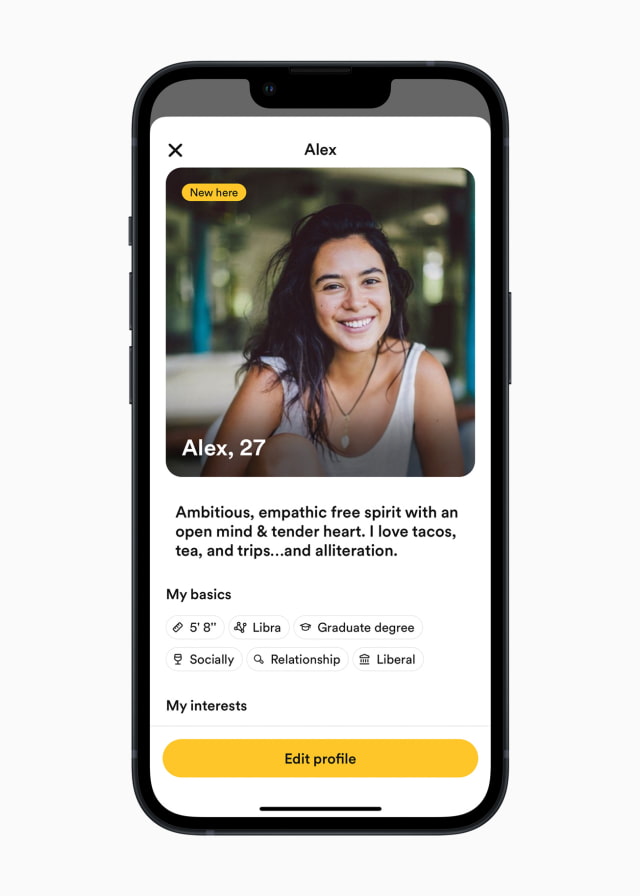 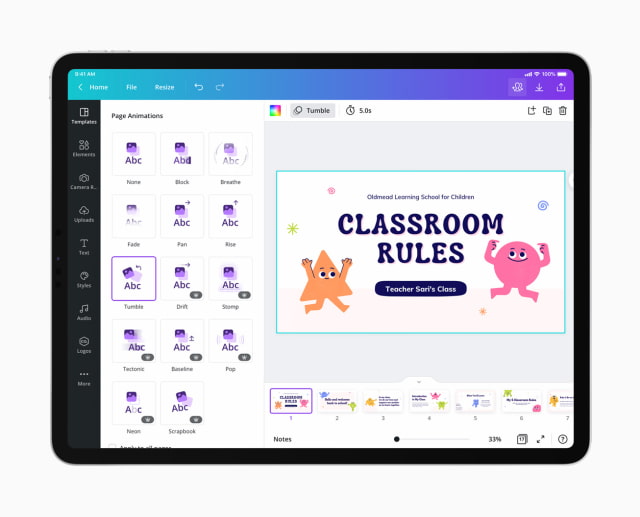 EatOkra, from Anthony Edwards Jr. and Janique Edwards
EatOkra built a robust, user-driven guide to more than 11,000 Black-owned eateries that helps people find tasty ways to invest in their community. 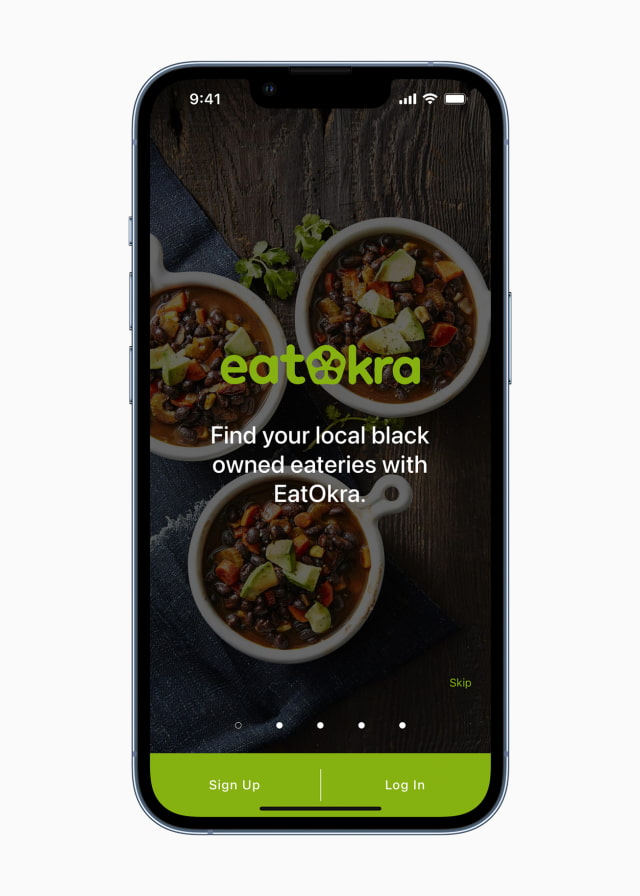 Peanut, from Peanut App Limited
By launching social audio Pods led by experts on everything from pregnancy and menopause to relationships and self-care, Peanut is creating space for honest conversations on every aspect of womanhood at every stage of life. 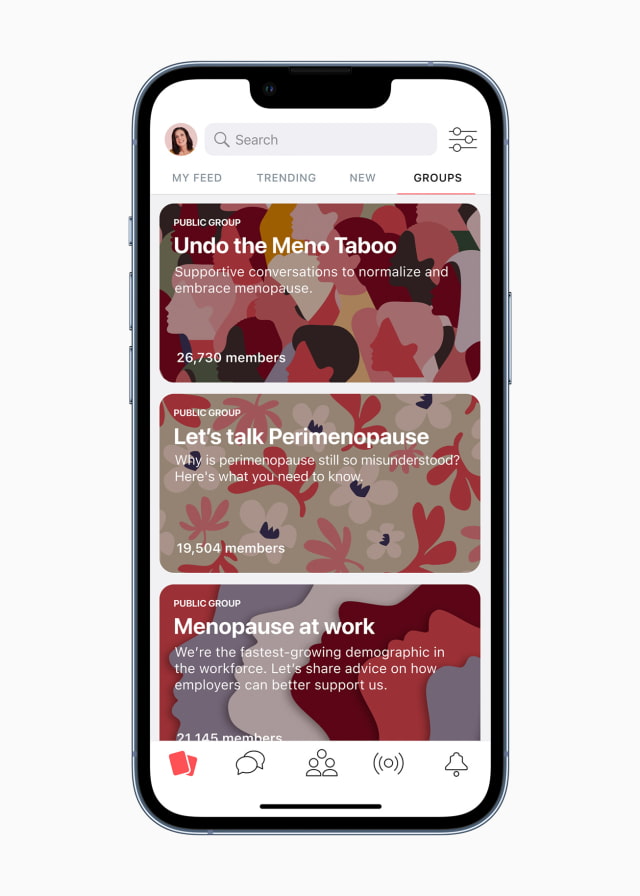 To acknowledge the impact of the winning developer teams, last year, Apple designers began a tradition of celebration through meticulous craftsmanship with physical App Store awards for each winner. Inspired by the signature blue App Store icon, each award reveals the App Store logo set into the 100 percent recycled aluminum used to make Apple products, with the name of the winner engraved on the other side.
Follow iClarified
Comments
Recent