Apple is testing multiple ways to bring MagSafe to the iPad Pro for wireless charging, according to 9to5Mac.

Apple has reportedly experimented with an all glass back; however, the company is apparently uncertain about this design since it's easier to damage and would make the product much more fragile.

Sources say a prototype with a larger glass logo has been developed that could allow for wireless charging through the logo while keeping the strength of an aluminum back cover.

According to our sources, the company has developed iPad Pro prototypes with a larger Apple logo (similar to the one on the new MacBook Pro), but this one is made of glass. As a result, power would be transmitted through the glass logo. The prototype also has stronger magnets to prevent accidents, and it supports charges at faster speeds than MagSafe for iPhone.

The site has also heard that the iPad Pro will have a larger battery, a camera module similar to the iPhone 13, and as expected, a new chip. This will likely be the same M2 chip we're expecting to see in the next generation MacBook Air.

Finally, the sources also said Apple has considered adding a notch to the iPad's display and tested the tablet in even larger sizes. 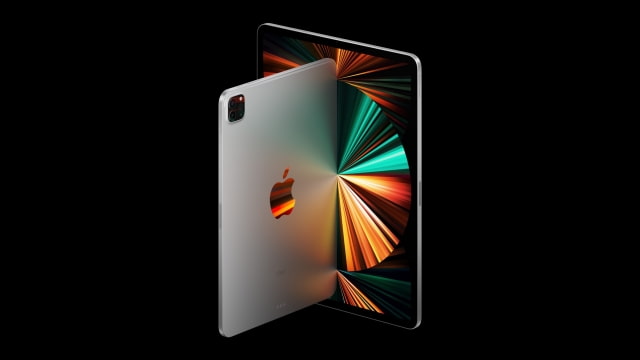