Geohot has suddenly appeared back on the jailbreak scene with a new bootrom exploit he is calling limera1n.

Geohot posted a picture on www.limera1n.com of four iDevices displaying the limera1n logo.

P0sixninja has since confirmed that it is real:

yes, the news about geohot is true, the day after we release ETA he decides he wants a piece of the #pie

and yes it is a different bootrom exploit, he wants us to use it in GP, but there's no way we'll make our ETA if we do

StealthBravo also tweeted: geohot's return is no joke. He is back and is going to release limera1n unless someone talks him out of it.

Update:
P0sixninja has said that they will use Geohot's exploit if they can implement it in time; however, they will not change the release date.

We are not changing our release date. If we can implement @geohots before 10/10 we will use that, otherwise we're using ours. #roadblocks

Update 2:
MuscleNerd: As dramatic as geohot's last-minute all-device JB is, still a shame that two bootrom holes will be burned at once. 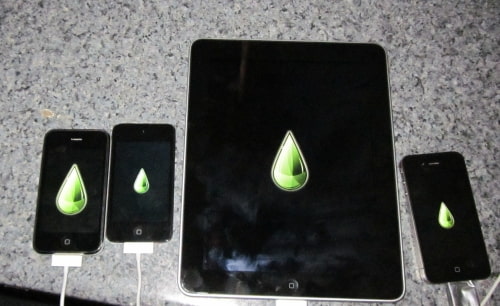 Its better for everyone - October 9, 2010 at 1:18pm
Releasing both of these will be better for everyone in the iDevice community- since greenp0ison is only for A4 processor devices, the majority of us aren\'t losing a thing by releasing both. Congrats and thanks to chronic dev team for their hard work, but seriously GeoHot\'s release is going to help far more people!
Reply · Like · Mark as Spam

NeHoMaR - October 9, 2010 at 12:07pm
Maybe he is working for Apple and want to kill all exploits faster (so Apple patch software/hardware faster)
Reply · Like · Mark as Spam

NeHoMaR - October 9, 2010 at 12:10pm
Maybe Dev-Team is also working for Apple, so they keep Jailbreak/Unlock alive time to time, so a lot of people in the world buy iPhones (otherwise they never buy, like myself)
Reply · Like · Mark as Spam