Apple is reportedly targeting a opening day of Black Friday or earlier for its Grand Central Store, reports 9to5Mac.

Today, a tipster from the MTA has provided us with a progress report of sorts. The pictures, show below and taken yesterday, show that construction is well on its way but as we near its anticipated November launch, still show significant work is left to be done. Talking to one of the construction workers, our source said that Apple plans to have it open for Black Friday, if not sooner.

Apple reportedly paid Charlie Palmer's Metrazur a huge sum of $5 million to vacate its space in the terminal, eight years before their lease is set to expire. They will also pay the MTA 1.1 million in rent annually. A much larger sum that the $263,997 that Metrazur was paying.

You can see the current progress below or click here for renderings of what the final design will look like. 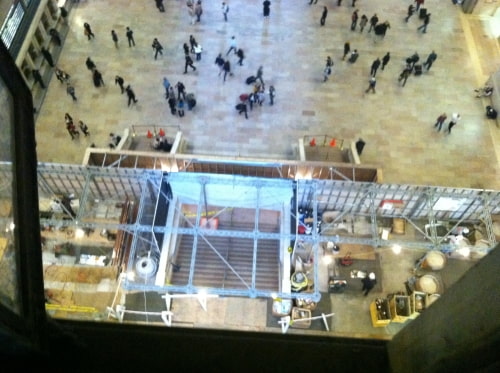