The change was first spotted on several international online Apple stores but has now made its way to the U.S. Apple Store as well.

Apple has been accused of misleading customers by implying that the new device would offer 4G speeds despite the fact that it would not work on the 4G networks of most countries. In Australia, Apple offered to refund customers who purchased the device under the impression that it supported 4G in their country. 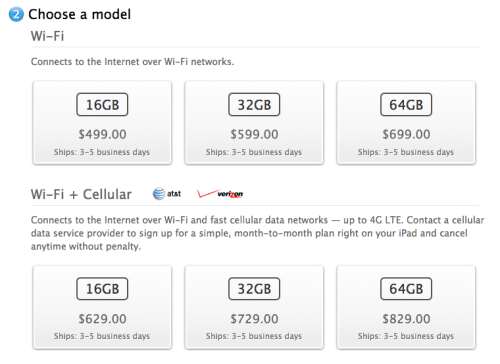