Apple, Google, and Facebook are reportedly in talks about locating research and development facilities in Russia's Skolkovo technology park, according to Izvestia.

Google Translation:
In the Moscow office of Press Apple did not comment on its intention to "Skolkovo", but according to Romanovsky, both parties interested to negotiate with each other:

- On the Placement of R & D center in Russia, we were saying, but common ground is not found, although it may find, who knows.

It's reported that Apple is in the process of opening a research and development center in Israel following their acquisition on Anobit. 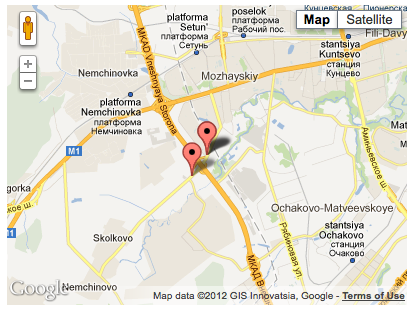