The Mac Pro will come in eight-core configurations from 3.0GHz to 3.6GHz and 16-core configurations in 3.6GHz and 4.0GHz flavors, and it sounds like it's going to be even funkier on the video tip -- our tipster says it has two regular DVI ports and a mini DisplayPort. Sure, okay. It's also apparently a bit lighter than the current model, at 35 pounds instead of 42.

It has been suggested that an Apple event may be held on March 24th to release the new Mac Pro. 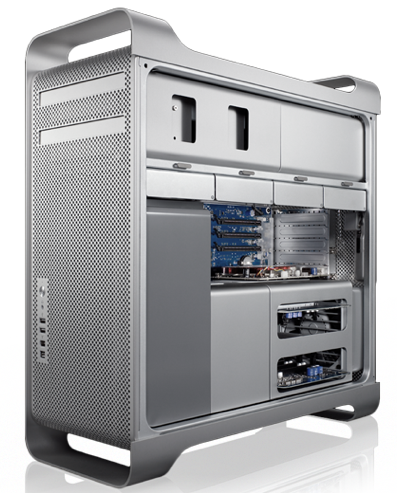