Carphone Warehouse added four placeholders to their inventory list for new iPhone models earlier today, according to an AppleInsider report.

A screenshot of its inventory system provided by a person known to have access to such information shows placeholders for both 16GB and 32GB iPhones in both white and black. They're mixed in among the existing and previous iPhone models, having reportedly cropped up just hours ago.

This leak comes after two other accidentally leaks of a 32GB iPhone by AT&T and by T-Mobile. 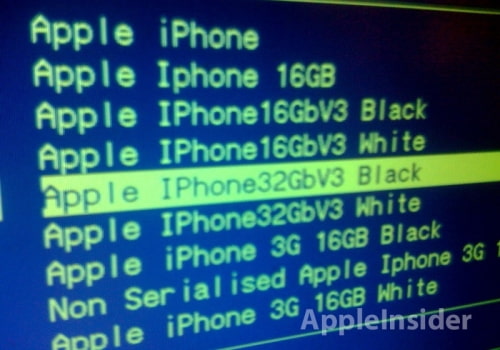