This level exceeds previous estimates and is impressive considering iOS 8 was just released on September 17th. Before the release, iOS 7 adoption was over 90%. 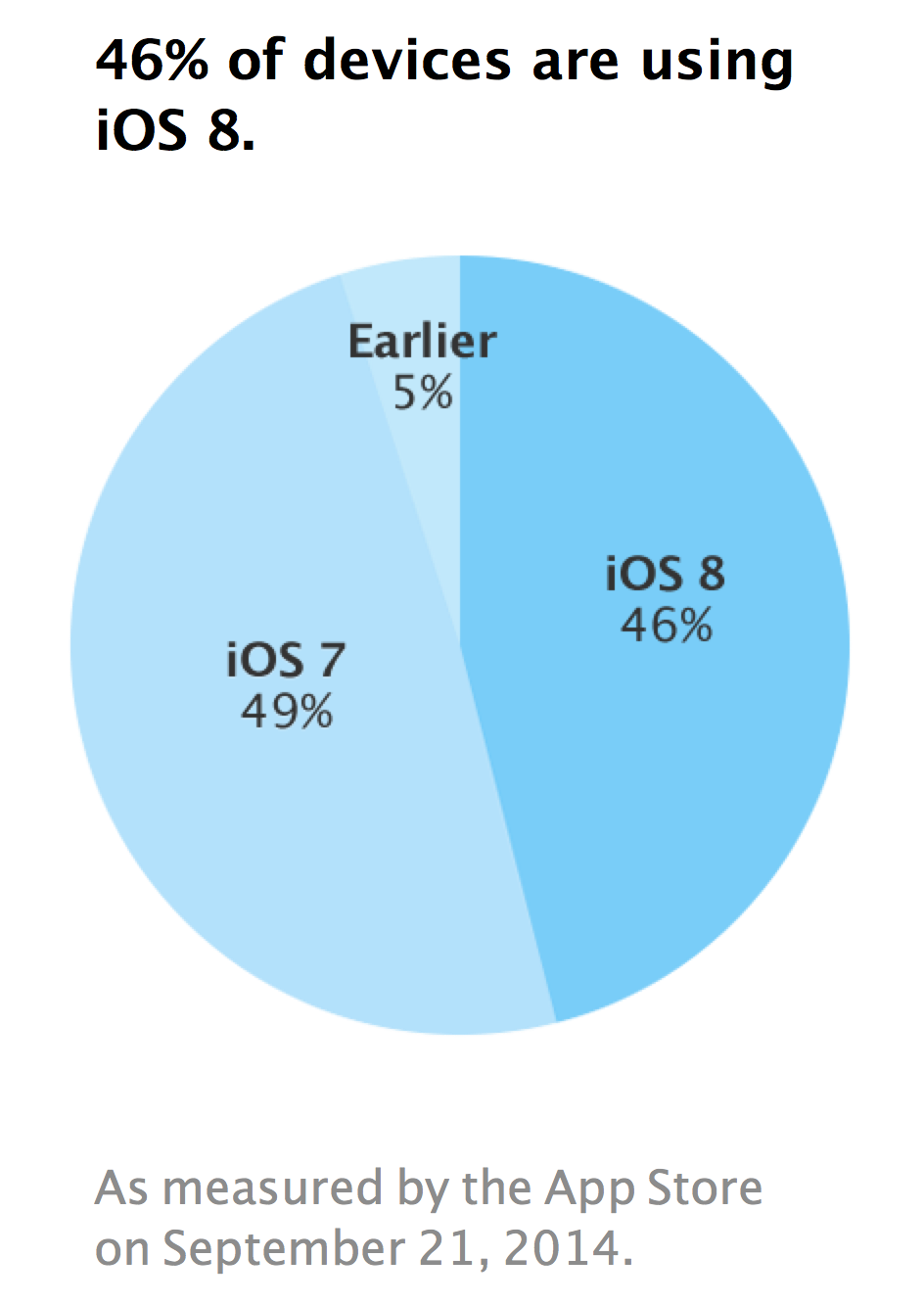