Apple is moving iOS 8.2 to the release stage with the firmware being available to the public this coming Monday or the following week at the absolute latest, according to BGR.

The site has also learned that there could be as many as four beta versions of iOS 8.3.

Additionally, we were told there might be as many as four iOS 8.3 beta versions. Apple released iOS 8.3 beta 2 earlier this week, so that leaves two more versions before the company makes it publicly available to customers. 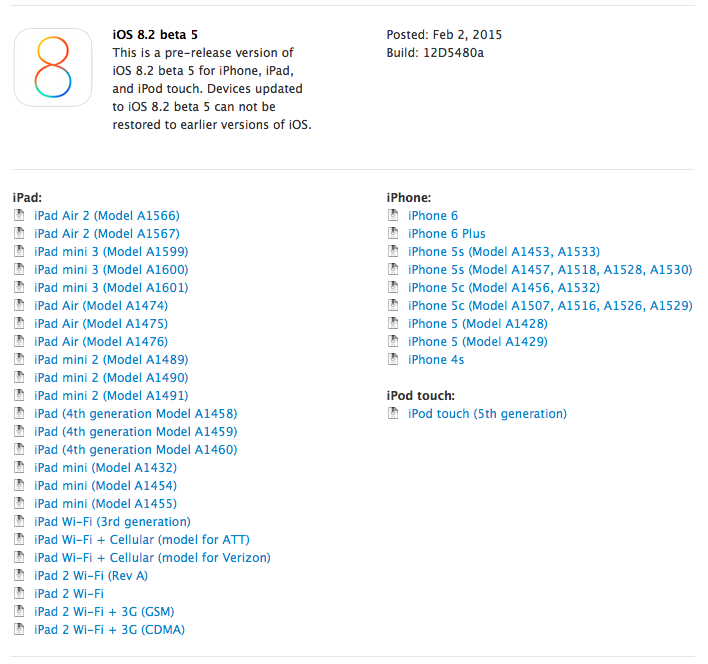 straightcook - March 1, 2015 at 3:09am
cant wait to include normal emotications! Long live straight cook!
Reply · Like · Mark as Spam

Yup - February 28, 2015 at 8:02pm
Idiots still cannot fix iMessages to organize the threads based on the time stamp of last message left in the conversation if last message inside the convo is deleted.
Reply · Like · Mark as Spam
23 More Comments
Recent