Microsoft has announced that the Zune HD will ship on September 15th and will be available in five colors.

In addition to the standard black and platinum it you can also get the device in a blue, lime green, or maroon color. You can also order the Zune with your choice of 10 exclusive designs.

The Zune HD features a 3.3-inch OLED touch screen with 480 x 272 resolution and 16:9 display. It is considered Microsoft's first viable competition to the iPod at $219.99 and $289.99 for the 16GB and 32GB respectively. That being said, Apple is expected to update their iPod offerings at a September music event.

Amazon is currently offering the Zune HD for pre-order; however, only the black and platinum editions can be pre-ordered: 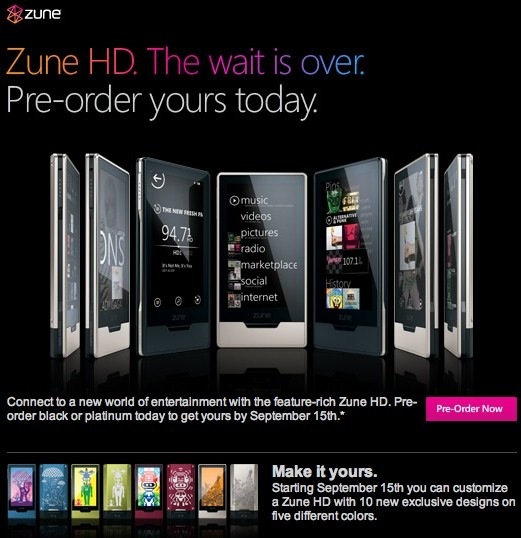