The photo follows another leak earlier this week that claimed to show the front of each model.

Take a look at the photo below and let us know what you think of these three devices as Apple's line up for the iPhone 7. 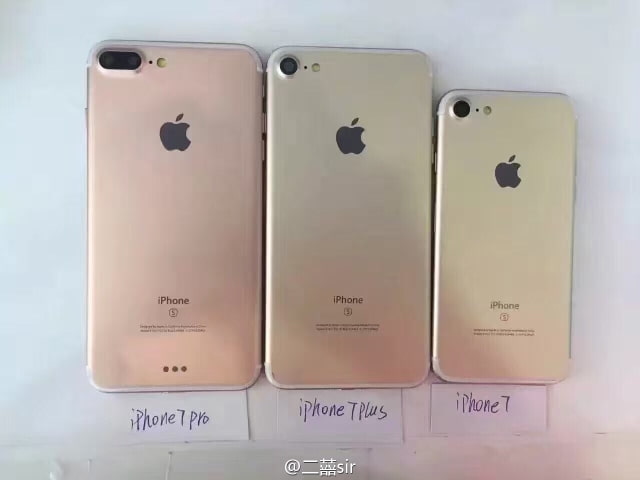 gaala - July 21, 2016 at 10:14am
if you zoom in the pics you can actually see the resolution differenc between the photoshopped logo and writing, lol
Reply · Like · Mark as Spam

Ynona - July 20, 2016 at 2:55pm
If Apple is planning 3 phones good luck to them. They should focus on bringing better hardware as a standard as opposed to segmenting their products further. They are already charging quite a premium over companies with better hardware. I've been an apple user since the iPhone 3 and it is sad to see the competition pass them on the hardware front. Their ecosystem is excellent and the main reason I'm staying. Beyond that, the urge to leave Apple is more tempting each year as Apple looses ground on their technical edge. Adding a 'Pro' phone driving up the already expensive price from the plus is in my opinion a poor choice. Put those features in the higher end phone automatically so at least they are somewhat on par with the competition. That's a no brainer if you care about your customers.
Reply · Like · Mark as Spam
17 More Comments
Recent